"It doesn't feel like I should be drinking that"

Strong Zero is a Japanese 9% ABV, low-cost cocktail in can that is an institution in the country, and is becoming a cult favourite in the West. So we brought a few back from a recent trip to Tokyo to see what the fuss is all about. 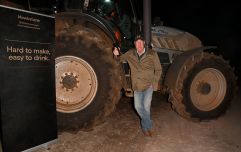 END_OF_DOCUMENT_TOKEN_TO_BE_REPLACED

Made by Suntory (yes, the same company from Lost In Translation) a Strong Zero is a 'Chūhai' - a highball cocktail made with 'Shōchū', a Japanese liquor distilled from rice, barley, potatoes, or buckwheat. The name Strong Zero comes from the fact that they are very strong (9% ABV) and contains zero sugar.

Chūhai come in a variety of fruit flavours and sold in every convenience store in Japan (7-11s are everpresent in the country and there is one on basically every corner), and they only cost about 130¥ (£1). Malt is highly taxed, meaning that beer can be relatively expensive - so Strong Zeros are a popular low-cost alternative. And Japan has no open-container laws, so they can be drunk in the street.

It has such a cult following now that there are J-rap songs about it, and earlier this year, Japanese health officials even issued a warning against drinking Chūhai "in excess".

The drink has now built up a cult following amongst Westerners visiting the country, along the lines of other notorious regional strong alcohols like Four Loko or Buckfast. And with Rigby World Cup taking place in Japan later this year, they look set to be discovered by even more people. 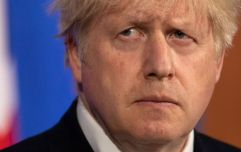 END_OF_DOCUMENT_TOKEN_TO_BE_REPLACED

After a recent trip to Tokyo, we brought a few cans of Strong Zero - and grape-flavoured Chūhai made by rival company Kirin - to try them for ourselves. We roped in a few JOE staff members to taste them for themselves.

And if you are interested in trying them for yourself, The Japan Centre import then into the UK - but they are not cheap.