Would you pay that much?

People are both confused and outraged after it came to light that Gordon Ramsay charges £24.50 for a lone fish at his new restaurant. 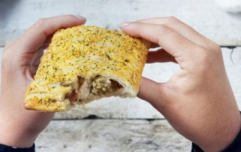 END_OF_DOCUMENT_TOKEN_TO_BE_REPLACED

The menu for Ramsay's new River Restaurant at The Savoy hotel in London sure does look delectable, but damn, his fish is expensive.

For £24.50, you can get yourself a 'cider-battered gurnard, minted peas, warm tartar sauce', but if you want 'Koffmann's fries, bonito salt', you will have to fork out another £7.

The chef and TV personality posted a pic on social media, and his followers are not exactly thrilled at the prospect.

"Wouldn't fill up a sparrow. One nibble and it's gone," wrote one person. 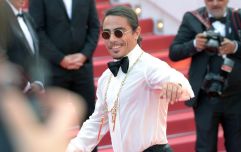 END_OF_DOCUMENT_TOKEN_TO_BE_REPLACED

"That looks absolutely rubbish. Chucking a massive wedge of lemon in front of it doesn't improve it," wrote another who was not pleased with the huge slice of lemon.

In other Ramsay news, a couple were left with an extortionate bill last month after reading the menu wrong.

Purchasing the Kobe beef, which they believed to be cheaper than the notorious Wagyu, Jeffrey Paige and his girlfriend were in for a shock when the bill came.

Jeffrey's steak alone came to a shocking $420, which, when added to the other items, brought they bill to over $600.

"All in all, an amazing meal and we were glad we could support the restaurant and its staff during these challenging times. And I still couldn't believe Kobe was cheaper than Wagyu!

"I wish Chef Ramsay was there to come out and call me a donut for f***ing this up lol.

"I enjoyed the hell out of it. No regrets baby!"