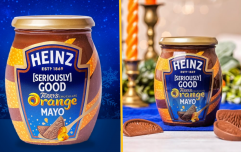 END_OF_DOCUMENT_TOKEN_TO_BE_REPLACED

There's nothing better than waking up on a weekend morning and smelling the delicious scent of a few strips being cooked on the pan.

(Unless like me, you're a vegetarian and that smell still makes your mouth water while somehow simultaneously making your stomach turn.)

Either way, bacon's a household favourite. And it's about to get a whole lot posher.

'Millionaire's bacon' is like bacon but far more intense.

Instead of being quite thin, millionaire's bacon is cut to be up to half an inch thick.

Instead of being cheap as chips, millionaire's bacon is actually selling for about $7 per strip. 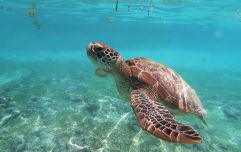 END_OF_DOCUMENT_TOKEN_TO_BE_REPLACED

Instead of being fried up quick in a pan, millionaire's bacon is slow-cooked for a few hours.

In fact, millionaire's bacon is actually more of a "bacon steak"... or at least that's according to Steven Hoyul Choi, owner of the Sweet Maple restaurant in San Francisco.

Good lord have mercy on my soul. This millionaires bacon is the best thing that happened to me. I spent $70 on this bacon. I don't care how many times y'all try to make me watch "what the health" or whatever. LISTEN UO IM NOT GONNA STOP EATING MEAT!!! Period. I'm sorry in advance but this bacon is just sooooo goooodddd. Muslims actually make exceptions for this bacon !!!!! I love you millionaires bacon. Thank u lord @guapdad4000

According to Choi, millionaire's bacon has been driving customers into his popular brunch spot.

And people don't even seem to mind the high (extortionate) prices he's selling it for.

We have to admit though, it does look pretty tasty.

popular
Man with world’s biggest penis says Oscar winner slid into his DMs
'Super recogniser' draws 'accurate' modern Maddie McCann to help police find her
Bride faints on groom, vomits and gets pooed on during ceremony
Mum in jail for murder pays tribute to son, 6, killed by his dad and new girlfriend
Chilling video shows moment step mum tried to get away with murdering boy, 6
'I did three grams of coke during a game': Inside football's problem with Class A drugs
Bellingham and Haaland criticise refereeing performance after Bayern Munich defeat
You may also like
News
Man jailed for planting razor blades in pizza dough at supermarkets
News
Salt Bae’s washing up technique is more ridiculous than his prices
Food
You can now get paid to eat Greggs' vegan festive bake
News
Salt Bae sued for $1m by former employees
Politics
UN gives Musk everything he asked for to donate $6B to end world hunger
Next Page