McDonald's have pioneered a burger with cheese *in the middle*

What else is better than meat? Meat with a layer of cheese running through the middle.

What's better than either of those things. You guessed it. Deep fried, breaded meat and that delicious layer of cheese.

Now we're not saying that the newest sandwich from McDonald's is a more noteworthy invention than the wheel, but we're tempted to say it's one up from sliced bread.

The cheese katsu burger, with cheddar oozing out of a pork cutlet, is only available in Japan at the moment. Surely that won't stay the case for too long, though. I mean, just look at it.

If you think it sounds familiar, it's because the delicious-sounding sandwich actually had a limited run in Japan way back in 1991. It's fair to say the world might not have been ready for it back then, but now - in a time of KFC breakfasts and burgers served between glazed donuts - it feels like the time of reckoning has arrived.

And it's not the only Japanese special making a comeback at Maccy Ds, according to RocketNews. Did someone say Bacon Potato Pie? 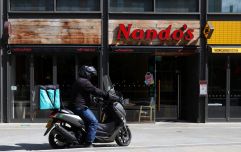 END_OF_DOCUMENT_TOKEN_TO_BE_REPLACED

It might not be the sandwich we need but it's surely the one we deserve.

Oh, and as an added bonus, here's the advert from McDonald's Japan. Don't pretend you weren't desperate to watch it.