Mayonnaise has overtaken ketchup as Britain's most popular condiment

Condiments are a hot topic.

Well, they're normally either a room temperature or refrigerated topic, but that's a whole other debate. 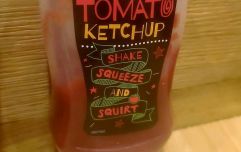 END_OF_DOCUMENT_TOKEN_TO_BE_REPLACED

For ages, tomato ketchup has been Britain's ruling sauce. Good old Tommy K has always been there, on your chips, on your burger, on just about anything. But a contender has been bubbling underneath, and it's name is mayonnaise.

There's a definite partisan division among Brits: some are massively pro ketchup, others are strictly mayonnaise. Then there's people who prefer BBQ or peri-peri, but they're in the minority.

Until recently, ketchup has been the dominant force in the condiment charts, but mayo has now officially pipped red sauce to the post. 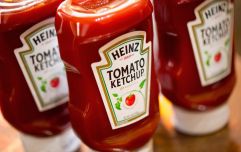 Expert confirms that ketchup should be kept in the fridge

END_OF_DOCUMENT_TOKEN_TO_BE_REPLACED

Industry figures from Kantar Worldpanel show sales of mayonnaise have risen by 6.9% to £152.2million, while ketchup seems to be falling out of favour, dropping by 2.7% to £145.5million. By volume, ketchup was down by 4.2% and its rival up 7.3% in the year up to April.

Laurie Booker, marketing director for brand design agency Cowan, told The Grocer: "There have been some interesting innovations within mayo while ketchup has remained largely the same. A wider flavour choice means mayo has become more appealing and intriguing."

A number of pretenders to ketchup's throne have arrived in recent years, such as Sriracha and hot sauce, which may have diverted sales away from the classic condiment.

Mayo fans, your time is now. You are officially top dog.

popular
Groom shoots friend dead by mistake after firing shot in celebration at his wedding
The JOE Friday Pub Quiz: Week 300 - the Triple Century
Johnny Depp's lawyer Camille Vasquez annoys fans amid rumours she may defend David Dobrik
'Dinosaur lady' wins internet with baffling Question Time remark on rail strikes
Horror as Primark shoppers witness two-week-old baby ‘fall from top of escalator’
Seven awful films rated higher than Pogba’s “Pogmentary” on IMDB
Russian missile does a U-turn during malfunction and smashes into troops who fired it
You may also like
Quiz
QUIZ: Can you name the condiment after the label has been pixelated?
Food
Heinz has combined mayonnaise and ketchup to create Mayochup
Life
This is officially the best way to get the ketchup out of the bottle
Life
ASDA boldly decide to stock ketchup in the fridge
Life
Does ketchup go in the fridge or the cupboard?
Next Page