It’s Pancake Day, so here’s a critical analysis of some majorly fucked-up pancakes

Pancake Day comes but once a year, even though you technically can eat pancakes any day you like.

Every year, in the almost polar opposite spirit of Shrove Tuesday, we buy flour, eggs, milk and sugar, combining them all into a thick batter, poured into a sizzling pan and flipped. The result: delicious pancakes. 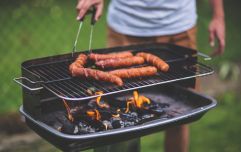 END_OF_DOCUMENT_TOKEN_TO_BE_REPLACED

At least, that's the case for most of us. Some people have an altogether different experience of Pancake Day. Some people make a royal rump roast of it, which is impressive given that pancakes are almost easier to make than sofas are to sit on.

Let's take a closer look at some of the techniques, results and honest-to-god genuine pancakes that people have made, presumably eaten and hopefully survived.

I am all sorts of fucked up from these strawberry and chocolate banana pancakes pic.twitter.com/rRs51IN6y4

"He who fights with monsters should look to it that he himself does not become a monster. And if you gaze long into an abyss, the abyss also gazes into you." Nietzsche said that, and Nietzsche would be fucked up by this pancake. Nietzsche, who also coined the phrase "That which does not kill us makes us stronger", would go running to his mother if this turned up in his kitchen. 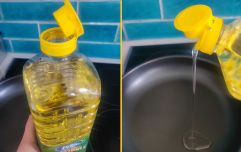 END_OF_DOCUMENT_TOKEN_TO_BE_REPLACED

This is evil in batter form. This is a pancake that is warning you not to come any closer if you don't want your soul to be sucked through a straw by Lucifer himself. Cold, dead eyes, a bloodied face, and a smile even the most sociopathic sociopath would find intimidating. And you're supposed to eat this?

That said, it probably tastes alright, if you can battle the demonic forces that reside within long enough to actually take a bite. 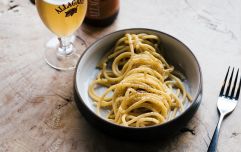 How to make cacio e pepe like a real Roman

END_OF_DOCUMENT_TOKEN_TO_BE_REPLACED

This pancake is one of those things that seems like a really good idea at the time, that time being when you were eight years old and fucking mad for sweets. For context, this was concocted from a bunch of leftover Halloween treats, so at the very least it's a pragmatic way to kill yourself.

The first few bites might be quite nice, but there's no way that you'll finish that without your mouth clogging up from all the peanut butter. There's really no place for wafer in a pancake, so why drop a Kit-Kat in there? A waste of both candy and potential. Sickening.

Pancake Day - no better breakfast than a nice Tuna Pancake or two or three 😀😀 pic.twitter.com/KLV8rX1oN1

Moose. Moose, you goose, what is this that you have loosed? There are so many things that would make a better breakfast than tuna pancakes. A bowl of nails. Eggs smeared with dogshit. Muesli. Almost literally anything would be better than tuna pancakes.

And two or three? Isn't one of these enough of an insult to God? There's nothing wrong with a savoury pancake, but tuna pancakes are savoury in the way that some farts are savoury, like a stale bag of crisps. This is a fart pancake.

You might give your cat a tuna pancake if you weren't concerned about the lactose wreaking havoc in Mr Whiskers' guts and making him shit all over your tapestries. You wouldn't give a human a tuna pancake for exactly the same reason, plus the added incentive of not wanting to go to prison for being a wrong'un.

What do you do if you want a pancake without all the hassle of making the batter, flipping the pancakes and cleaning the pan? Just pour the batter into a bowl, blast some microwaves at it, then eat straight from the bowl. Then, to save on washing up, simply drop the bowl on the floor and never look at it again.

You really have to admire the commitment to laziness here. So lazy that they didn't add any toppings or sauce. So lazy that they can't even be bothered with the fourth prong on the fork. It's a pancake in all but name, shape, texture and possibly taste. A real achievement in the field of not being arsed.

However, if you jabbed a few holes in it, trickled some lemon juice and sprinkled some sugar on top, or maybe mixed some Nutella in with the batter, you'd be on your way to having a pretty tasty and faff-free pancake of sorts. If only you had someone to share it with, because of course, this is the most single-person meal there is.

Tried to make cute pancakes but I messed up real bad they look like a burned up E.T. but they taste pretty good so it evens out I think. pic.twitter.com/ofnr4NvfCb

And on top of all that, it still tastes "pretty good", which is as much as anyone can really hope for from a pancake. This is the best pancake ever created. Get King James on the blower, we're rewriting the Bible. "In the beginning there was nothing. And God said: 'Let there be pancakes that look like E.T.' And he saw what he created, and he saw that it was top drawer shit."