Had a pint in any of these places?

Given the fact that pubs and restaurants are a massive part of the services industry in the UK, it's only fitting that the locations that serve the best beer are rightfully acknowledged. 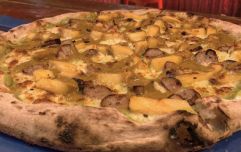 END_OF_DOCUMENT_TOKEN_TO_BE_REPLACED

Every year, the CAMRA (Campaign for Real Ale) publishes its Good Beer Guide and the 45th edition has just been released. Congratulations to all of the locations that made it onto the esteemed guide, but we're specifically raising our glasses to five pubs because they've achieved a very unique accolade.

Since the very first edition of the Good Beer Guide was published in 1972, only five watering holes have featured in every single edition.

According to CAMRA, each of these five pubs have frequently demonstrated  "a consistent high standard of quality beers served in a fantastic setting".

There are a number of criterion and factors that determine a pub's ability to make the Good Beer Guide.

For example, beer quality as well as the history and architecture of a pub are considered along with the quality of food , disabled facilities and the pub's ability to cater for special events.

The guide is based entirely on personal recommendations that are made by local CAMRA members, which are rigorously reviewed by branches and editors. 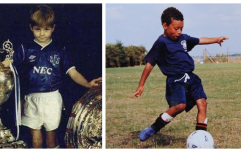 Quiz: Can you name these Liverpool and Roma players from their baby pictures?

END_OF_DOCUMENT_TOKEN_TO_BE_REPLACED

We'll drink to that!

popular
Prince Andrew 'flew with sex slave' who was 'frozen with fear', court told
Arthur Labinjo-Hughes: Dad and partner found guilty of killing boy who was tortured and starved
Up to 60 people ‘infected with Omicron’ after work Christmas party
Everton fan, who spent £1,000 to watch Liverpool game, leaves after 18 minutes
Frank Lampard opens up on details of Chelsea sacking and claims he 'knew it was coming'
Alec Baldwin claims he never actually shot gun on Rust set
Germany to announce nationwide lockdown for unvaccinated
You may also like
Sport
Everton Director of Football Marcel Brands involved in heated exchange with fan
Sport
Mo Salah couldn't help but laugh when asked about Ballon d'Or ranking
Sport
Jurgen Klopp riled by line of questioning in pre-match Everton interview
Sport
You have four minutes to do this tricky Everton and Liverpool quiz
Sport
Ian Rush believes pressure will 'crank up' on Rafa Benitez if Everton lose to Liverpool
Next Page