We're sure everyone will have a completely calm and measured reaction to this.

One of the world's most popular cereals has changed their slogan, as 10-year-old Hannah-Marie Clayton felt that it was "sexist." 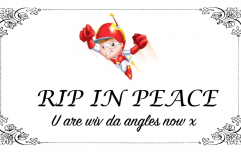 END_OF_DOCUMENT_TOKEN_TO_BE_REPLACED

The slogan in question was: "Loved by kids, approved by mums", and although it may seem fairly innocuous, Hannah-Marie took issue with it.

She felt that it might upset children who didn't have a mother around, and as it is often her dad that makes the breakfast, it would make sense for the slogan to be slightly more inclusive.

She wrote a letter to Kellogg's explaining that it was her dad who made the breakfast, and they responded brilliantly.

According to Manchester Evening News, Kellogg's replied to her letter saying: "You recently shared your thoughts around the statement of 'Approved by Mums' on our improved recipe Coco Pops.

"I wanted to let you know that we've recently renewed our research and our new pack design will refer to approval from both mums and dads.

"Apologies for any offence caused and thank you for your feedback, which has played a part in our decision to change."

They have changed the slogan to: "Loved by kids, approved by parents."

Although it may seem like a small change, it could have a positive effect on loads of kids around the world.