Offering young people discounted takeaways as a bribe to get a Covid vaccine is the worst idea since 'Eat Out To Help Out', a leading fitness sector boss has claimed. 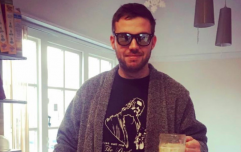 END_OF_DOCUMENT_TOKEN_TO_BE_REPLACED

Brits can get discounts with Uber Eats, Deliveroo and Pizza Pilgrims under a Department of Health and Social Care (DHSC) scheme announced Sunday to "further drive uptake in young people."

The plan defies all logic, according to Nick Mitchell, CEO of Ultimate Performance - a global chain of personal training gyms with branches in the UK and across the world.

"The incredible irony of offering free junk food in exchange for taking a vaccine for a virus that ravages the obese should not be lost on anyone, " Mitchell told JOE.

Obese Brits have been disproportionally represented in Covid hospitalisation stats since the start of the pandemic. Figures from the DHSC, released in July 2020,  urging UK citizens to "lose weight to beat coronavirus and protect the NHS", stated that nearly 8% of critically ill patients with Covid in intensive care units "have been morbidly obese, compared with 2.9% of the general population".

And according to a World Obesity Foundation report, death rates are 10 times higher in countries where more than half of the adult population is classified as overweight. 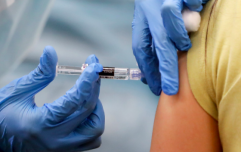 END_OF_DOCUMENT_TOKEN_TO_BE_REPLACED

Mitchell, further questioned why Boris Johnson, who himself vowed to lose weight after catching Covid, should be "buying" people off "with a burger", given his own personal experience with the virus.

The PM tested positive for Covid in March 2020 and later, according to a report by PoliticsHome, told delegates at the Conservative party conference, “I had a very common underlying condition. My friends, I was too fat."

Mitchell's criticism comes as the government on Friday launched its 'Don't Miss Out' campaign, urging young people to get double-jabbed in order to gain entry into nightclubs and bars from September.

Young people have been urged to get double-jabbed before it becomes a requirement for nightclub entry in September. (Photo: Getty)

Mitchell said the fast food incentive sends a "schizophrenic message" and shows the health and fitness of the nation is simply not a concern for politicians.

"The government say they want to encourage people to eat healthily and lose weight, while also saying, ‘Have a McDonald’s on us!’"

The fitness magnate drew parallels between the initiative and the ‘Eat Out To Help Out’ scheme implemented by Chancellor Rishi Sunak last summer. It led to a significant rise in coronavirus cases.

"Double down on that by looking at the UK government's 'eat out (junk food) to help out' subsidy scheme, and their halving of sales tax for hospitality whilst still levying full VAT on the fitness industry despite the indoor fitness sector being obliterated by the response to the pandemic," Mitchell said.

Research from the University of Warwick found that between 8% and 17% of second-wave Covid infections could be traced back to the Eat Out To Help Out.

The scheme was also found to have hit poorer and more ethnically-diverse areas harder, with biomedical scientist Professor Parvez Haris arguing it "created the ideal environment" for exposure to Covid among the Bangladeshi and Pakistani communities.

Mitchell believes the UK government isn’t serious about tackling the root causes of obesity due to the superior lobbying power of major food brands.

"Just look at when parliament’s in session," he said.

"There’s not a physical training culture there at all."

Mitchell believes the fitness industry should be given a seat at the top table when it comes to public health matters.

According to the most recent data, almost 70% of people in England between the ages of 18 and 30 have had at least one dose of a coronavirus vaccine.

popular
Incredible case of the only known individual whose parents were two different species
Time traveller’ claims to know exact date Queen will die
Jealous man glued wife's vagina shut as he caught her cheating with four men
TikTokers are utterly convinced there is a secret zombie apocalypse going on in China right now
Praying man who said 'see you in heaven' tries to open door mid-flight
Darius Danesh opened up about his health struggles before his tragic death aged 41
People want ‘offensive’ Crown Paints advert banned after attracting hundreds of complaints
You may also like
News
Prince Andrew is now banned from public return at ancient ceremony after missing Jubilee 'due to covid'
Life
Spain to welcome back unvaccinated Brits 'within days' just in time for the summer holidays
News
Beergate: Labour denies Keir Starmer broke lockdown rules after memo leaked
Coronavirus
Severe covid can cause brain impacts equivalent to ageing 20 years, study finds
News
Horror as elderly man pulled from body bag alive moments before he was due to be cremated in China
Next Page