The funniest memes and reactions after Line of Duty's controversial finale

I think I speak for pretty much the entire Line of Duty fanbase when I say... meh. After six series, umpteen fan theories and more than the odd heart-stopping moment, Line of Duty ends not with a bang but with a whimper. 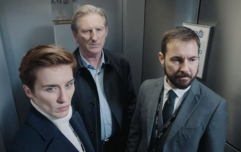 END_OF_DOCUMENT_TOKEN_TO_BE_REPLACED

It was always a possibility, that creator and writer Jed Mercurio had backed himself into a corner, and all of the hype built over the series would never be satisfied no matter the ending.

We've seen it happen before, most notably and perhaps most painfully, in the final season of Game of Thrones. Cast your minds back to the utter disappointment when you realised that the vast majority of the plot lines set up in Westeros would amount to nothing, and the Night King would (spoiler) die after doing very little except looking super f*cking smug all the time.

Having said that, I really don't think the Line of Duty finale was as bad as some people are making it out to be. Did we want the fourth man to be Carmichael or Osborne? Sure. Was it an underwhelming reveal to have the bumbling Buckells revealed as the Keyser Söze of the whole thing? Maybe.

But I do think that's kind of the point. Corruption is rarely as terrifying and all-powerful as it can sometimes feel, and incompetence is often just as harmful as wilful foul play. 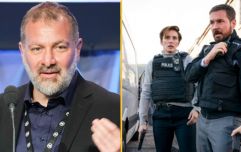 END_OF_DOCUMENT_TOKEN_TO_BE_REPLACED

Some of the best moments in Twitter history are moments of shared outrage and anger at something that, let's face it, in the grand scheme of things is absolutely meaningless.

Twitter acts as a salve of comedy on an otherwise bleak night. When your show withholds that dramatic catharsis you were so desperately craving, head to Twitter. You'll feel better for it.

Without further ado, here are the best reactions and memes after the credits rolled last night.

Honestly would have loved a Bob Mortimer cameo tbh:

I once got the entire UK invested in a TV show only to end it with bumbling Ian Buckells being H #LineofDutyFinale #LineOfDuty pic.twitter.com/8gFBckvTf2

Jed Mercurio to everyone whose wasted years of their life watching that. #LineOfDuty pic.twitter.com/tXVD2ehrTv

Honestly, the only satisfying bit was that dog imo:

Looking at my mortgage on a tiny 1 bed in london and strongly considering a move to witness protection #LineOfDuty pic.twitter.com/BVjnfNovom

Honestly, props to Chloe, the only one doing actual police work this series:

okay everyone is disappointed but can we talk about my gal Chloe single-handedly carrying AC-12 on her back #LineOfDuty pic.twitter.com/ZUBGSeU7sZ

It all makes sense:

My deepest sympathy goes to Jenny from Gogglebox, who probably threw ten years' worth of notebooks into the oven tonight.#LineOfDuty pic.twitter.com/hK3wjctnHe

This isn't a meme but this is lovely:

Just my little sister in tonight's Line of Duty! pic.twitter.com/IdPsaRGHW7

And on that note, I'll leave you. Head to Twitter for more comedy gold, and let's just hope the BBC announce Line of Duty series seven soon.