A Married at First Sight contestant has revealed the one sex act that was off limits during the production of the show - and it left her baffled. END_OF_DOCUMENT_TOKEN_TO_BE_REPLACED

If you've ever watched an episode of Married at First Sight Australia (or any of them for that matter), you'll know that not many topics are off limits.

After all, these couples have never met before but begin a marriage instantly - meaning they certainly have a lot to fill each other in on.

Sex, of course, is a hot topic of conversation - both between the couples and amongst others, as well as with the experts.

And while we're used to hearing about certain styles and specifics they like in the bedroom, one sex act a groom declared "off limits" left his bride completely confused. 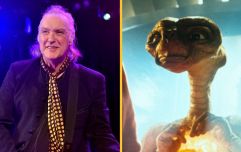 END_OF_DOCUMENT_TOKEN_TO_BE_REPLACED

It was on Tuesday night’s episode that contestant Andrew Davis was boasting about his experience in the sack. He supposedly has a "body count" (ew) of 350, which he was super keen to share on national TV.

It was during this discussion that he started telling his new wife Holly Greenstein what he was not prepared to do in the bedroom.

It is unclear what reaction the groom had expected. Either way, it was unlikely to be the one he got.

Looking bemused, his wife replied: "I don’t know what that is. I have to Google it."

For those of you who are still completely clueless, we'll put you out of your misery.