Margot Robbie and Kate McKinnon rock out for SNL trailer

Saturday Night Live - or SNL - is something of an institution over in the US.

The late-night live television sketch and variety show created by Lorne Michaels back in 1975 has been entertaining the masses for over four decades, with a list of alumnus that reads like a who's who of comedy greats.

And that's just to name a few.

Season 42 kicks off this weekend with Margot Robbie making her hosting debut on Saturday's premiere. The star of The Wolf of Wall Street and Suicide Squad has appeared on the show before, as recently as May, but never fronted an episode. 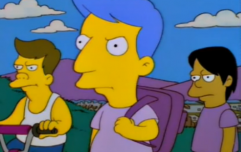 END_OF_DOCUMENT_TOKEN_TO_BE_REPLACED

To celebrate the fact and look forward to the new season, Robbie and Ghostbusters star and SNL regular Kate McKinnon feature in a number of short trailers for Saturday's broadcast - and they make for an engaging duo.

The snappy dialogue includes failed girl talk, election japery, and the pair rocking out to the 'pre-show' vibes. Here's to another 42 years...

popular
A definitive ranking of every swear word from worst to best
34 years on, Peter Shilton still doesn't understand the greatness of Maradona
Tyson Fury: Going bald is beautiful and should be embraced
QUIZ: Name all 50 of these 2000s Champions League players - #3
Can you get more than 12/15 in this childrens' TV quiz?
QUIZ: Can you name all of these Batman villains?
Lidl have released a Pigs In Blankets Pizza for Christmas