How can the show keep her father a secret while simultaneously being all about Gemma Owen?

Love Island fans are convinced that the name Michael Owen has been banned in the villa after two weeks of the former football star's daughter Gemma Owen flying underneath the radar. 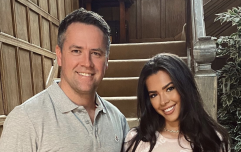 END_OF_DOCUMENT_TOKEN_TO_BE_REPLACED

After the show kicked off earlier this month, fans were waiting for the shoe to drop and for Gemma, 19, to reveal who her famous father is. However things have remained relatively hush hush - despite some fans dubbing the show "Gemma's Island."

According to The Mirror, this has led some viewers becoming convinced that Gemma's appearance on the popular ITV series may have had a few prerequisites. In true Will Smith fashion: keep her dad's name out your f*****g mouth.

"If her family paid [ ITV ] money not to air [Gemma talking about Michael], then we won't see it. I think it's pretty obvious that some sort of deal was struck regarding her time on the island," one fan theorised. 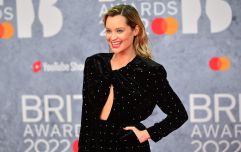 END_OF_DOCUMENT_TOKEN_TO_BE_REPLACED

Although the theories don't stop there, with some fans suggesting that Michael Owen, 42, struck a deal to have his daughter featured the most. Meanwhile, others think Love Island is being used as a springboard to get Gemma to a "Molly-Mae level" of post-show success.

As Gemma's ex-boyfriend entered the villa, 23-year-old Jacques O'Neill, many expected the shocking secret to be revealed - but still, nothing. O'Neill even spoke about knowing her family well, so where's the truth bomb?

Much of the social media discourse around the show is dominated by memes and puns regarding the Owen family. While the secret could be detracting from the actual show, we're not complaining - as some of the responses are hilarious.

Luca when it’s time for the parents to come in and he sees Michael Owen hugging Gemma #LoveIsland pic.twitter.com/MEzABbYwLU

michael owen after paying the producers to keep gemma on the show #LoveIsland pic.twitter.com/rEy0KwSZhk