In a world where there seems to be a never ending stream of negative news, every bit of good news just feels that little bit sweeter. 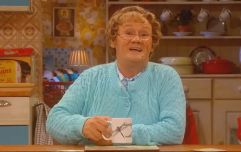 END_OF_DOCUMENT_TOKEN_TO_BE_REPLACED

So naturally, this has us very excited.

Production of the new season of Line of Duty is expected to resume next month, after being forced to shut down in March due to Covid-19.

Deadline has reported that shooting is expected to resume in Belfast on 24 August, though that date is not officially confirmed yet.

Show creator Jed Mercurio had previously voiced concerns with the way the UK dealt with the Covid-19 virus, saying: "Until wider society has the public health infrastructure of test, trace and isolate in place it’s going to be very hard for anyone."

All we know is that we truly can't wait to see the man himself Ted Hastings back on our screens, once it is safe for filming to resume.

Season 6 is also supposed to have a new character that will prove to be "the most enigmatic adversary AC-12 have ever faced", which really is just teasing us at this point.