Is Peppa Pig too gangster? We've conducted a thorough investigation

No, this is not The Onion.

As we've learned, China has legitimately banned Peppa Pig because it has become a cultural icon of China's Shehuiren subculture, a group of people who run counter to the Government's ideal values. 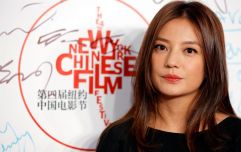 END_OF_DOCUMENT_TOKEN_TO_BE_REPLACED

So is Peppa Pig legitimately too gangster for China and ultimately the world at large? We're going to need to find out before the youth of today become the criminals of tomorrow.

I've sat through hundreds of episodes of Peppa Pig to determine whether it's suitable viewing for our precious society, also because it's very educational even when you're 27.

This chilling episode begins with Peppa and her brother George impersonating snails by crawling through some soil. Peppa announces that she's going to "eat up all Grandpa Pig's lettuce", to which Grandpa Pig reacts accordingly by snatching the lettuce out of Peppa's way. Peppa has just expressed wilful intent to commit a crime. You cannot steal another person's belongings, regardless of your relationship to that person. This is gangster activity, that is undeniable, happening just thirty seconds into the episode. China might be onto something here.

In this episode, the Pigs are on their way to visit Granny and Grandpa Pig for dinner. They're stuck in traffic and running late, so Mummy Pig decides to take a different route. She performs an illegal manoeuvre by reversing in a stationary line of traffic. This is an incredibly dangerous action and could've endangered the lives of all four Pigs in the car, as well as other road users. Reckless driving carries a serious penalty in China, something that many gangsters have fallen victim to in recent years. Mummy Pig acted in a very gangster-like manner in this instance. She is a danger unto herself, her family and ultimately society. 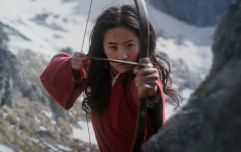 END_OF_DOCUMENT_TOKEN_TO_BE_REPLACED

Peppa and George take it upon themselves to decorate a scarecrow in this episode, which is blatant vandalism. Mummy Pig even provides the paint, which implicates her as well. The pair deface this public property beyond recognition, adding clothes, a hat and a weird little face. They've destroyed this functional monument and thereby encourage viewers to carry out similar restoration work. Fresco Jesus was obliterated with a similar mindset, so children's television shows condoning this kind of behaviour is going to prove to be the root of a lot of future societal problems, mark my words.

In this episode, the Pigs go for a picnic together. Daddy Pig recommends that they run around for some exercise before tucking in, but the rest aren't interested. Peppa then says "Maybe Daddy should run around a bit, his tummy is quite big". That's fat shaming, Peppa, and there's no two ways about it. She called out her father for being quite rotund, making it an uncomfortable environment for him to then eat in. That's a pretty nasty tactic from Peppa, pointing out her father's weight like that. She's a devious little pig and will cause impressionable young viewers to adopt a similar attitude. Also, they're all pigs at the end of the day.

Peppa and the squad head off camping for the night, rather than investing in property and sleeping in their own homes. In this nonsense Peppa Pig universe, where a variety of animals have the ability to speak and have somehow gained sentience, it's not a wholly baffling idea to suggest that they should start pulling their own weight. Peppa and her friends should be on the property ladder by now, contributing to the economy and paying their dues. Instead, they're sleeping in tents for free and are all unemployed. The future is bleak for any followers of this culture.

The Pigs go for another drive (in a different car to the one pictured previously, it's worth noting), but this time they fancy something other than the sound of each others' piglike breathing to set the mood. Daddy Pig raises the antenna to switch on the radio, which blasts out some extremely loud generic rock music. It was easily 100 decibels. The car doesn't even have a roof, so the sound was fully exposed for all to hear. They disturbed the peace like the music-hungry little pigs that they are. China doesn't tolerate ignorant thugs and neither should we.

Peppa and George find a box of old clothes in their parents' bedroom. Peppa says "George, let's dress up and pretend to be Mummy and Daddy", implicating herself on the spot. She is encouraging her younger brother to break the law by impersonating other people for an unspecified gain. The pair change clothes, apply makeup and even add some ugly hats. Gangsters are notorious for impersonating other people to get themselves out of trouble and to aid their success in carrying out criminal activity. It carries a heavy sentence in China and at home as well. Impersonation is a gateway to murder, everyone knows that.

"Peppa and Susie are going to run a pretend shop", the voiceover announces. "I will take the money, Susie, and you can stack the shelves" says Peppa. Right there we've got enough information to lock this gangster pig up for a long time. She's created a fake business with a view to making a quick buck, a classic criminal activity we're seeing time and time again of late. Peppa lures a customer in who's looking for biscuits. Susie informs him that they don't have any biscuits, but offers him a landline telephone for the extortionate price of £100. Under pressure, the customer agrees, but he is fully aware that this pig is scum and must be stopped. Did Peppa declare this overpriced lump sum for tax payment? Did she heck.

Mummy Pig finishes her final work email at 4pm, with her son sitting on her lap. She utters the words "Bla bla bla bla, the end", then prints the letter. Does that sound like workplace terminology to you? Because it most certainly does not to me. She's hiding something from George, but also from all of us. What was that email about? What kind of job does Mummy Pig even have? She's involved in something seedy, you can tell from the retro computer she's using, it's virtually unhackable and can be destroyed in seconds should MI5 come knocking at the door. The Pigs are a family of gangsters and now they're getting George involved at the tender age of two. These pigs are sick.

All of the above information has been carefully collated and submitted to the British authorities for inspection. China are ahead of the curve in banning Peppa Pig from circulation. Peppa, her parents, grandparents and even younger brother are corrupt individuals, indisputably involved in gangster activity and potentially worse. Their criminal pursuits are never-ending, every day they commit another crime and every day our impressionable youths are being subliminally convinced to lead an impure lifestyle, just like them. These pigs are not setting a good example. We must eradicate them before it is too late.

popular
Scotland international rugby star Siobhan Cattigan dies aged 26
Woman wins millions after suing mum's GP for allowing her to be born
A definitive ranking of every swear word from worst to best
Elon Musk shares 'evidence' we are actually living in a simulation
Nasa warns 'concerning' asteroid will break into Earth's orbit in a week
Lovely Bones author apologises to exonerated man who spent 16 years in prison for her rape
There's a petition to stop interviewing Will and Jada Smith so we can all be 'free'
You may also like
News
Shanghai Disneyland locks 33,000 inside park after one case of covid detected
Sport
Monaco and Lyon agree to play Ligue 1 match in China
News
China fires 'hypersonic missile' that circles globe before hitting target
News
China declares all crypto-related transactions illegal
News
Chinese whistleblower claims first Covid outbreak was 'intentional'
Next Page