She was sacked and now she is swimming in coin

Former Hollyoaks actor Sarah Jayne Dunn has allegedly made more than £121,000 in only 48 hours as her OnlyFans subscribers seemingly doubled.

The actress became a household name across the UK last week after she was sacked from the Channel 4 classic soap for refusing to stop her work on OnlyFans.

However the widespread coverage meant the actor, who currently charges £11 a month, gained 11,000 new subscribers only two days after the news of her departure from the show broke.

After the 20 per cent cut OnlyFans takes, it's believed she earned more than £96,000, reports the Sun.

"The pictures I've put on OnlyFans are no more explicit than the sort of things I've done in the past for magazines and even for Hollyoaks' own official calendar," she told the paper last week.

Thanks for all your support 🤍 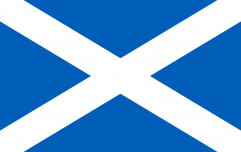 END_OF_DOCUMENT_TOKEN_TO_BE_REPLACED

"I'm disappointed it has come to this, after so many years. I've loved being on Hollyoaks and I will miss the amazing cast and crew very much. But I feel like I had to take a stand.

"For me, this is about having the right as a woman of 40 years old to decide what is right for me."

She continued: "I love photoshoots and I've worked hard for my figure. I don't make a secret of the fact that I get a big boost out of it, and I'm not apologetic for that."

END_OF_DOCUMENT_TOKEN_TO_BE_REPLACED

Amidst the criticism of Channel 4, a Hollyoaks spokesperson said: "Hollyoaks is a youth-facing drama with many young viewers, who follow our cast very closely, both in the soap and outside of it.

"We take our responsibility to our young audience very seriously and therefore the show does not allow any Hollyoaks cast members to be active on certain 18+ websites.

"We had hoped we could reach a resolution with Sarah that would allow her to remain in her role as Mandy, but we respect her choice to continue to produce content on OnlyFans."

Considering Dunn claimed there is no money in TV, it looks like she made the best decision.

popular
Motorcyclist dies in crash live on TV while trying to escape police
The JOE Friday Pub Quiz: Week 278
What Meat Loaf actually meant when he sang 'I won't do that'
Brit doctor visiting US killed by stray bullet while lying in bed
AFTV regular 'Mr DT' releases statement after being given three-year jail sentence
Son kills himself over guilt after fearing he may have given father covid, says mother
'I resent my mum for not switching me back after baby mix up at hospital'
You may also like
News
Former Channel 4 Dispatches researcher jailed for life for torturing father-of-two to death
News
Former Channel 4 Dispatches researcher tortured father-of-two to death in front of his children
Entertainment
Gogglebox star's 'irreversible problems' with sparked show exit
Sport
Emma Raducanu’s US Open final appearance to be aired on Channel 4
Life
The Queen supports Black Lives Matter, Royal aide confirms
Next Page