Ah yes, the cultural pinnacle that is Glee

According to a Hollywood Consultant and a conservative news outlet, Ryan Murphy's Glee started a 'Wokeness Epidemic' and also birthed cancel culture.

END_OF_DOCUMENT_TOKEN_TO_BE_REPLACED

In a staggering 6500-word article from conservative publication Human Events, Glee is branded as seemingly starting the identity politics 'trend'.

The source for this impressive catalogue, we hear you ask? Well, it just so happens to be a five-year-old Tumblr post because great journalism always starts on Tumblr, of course.

Writer Bill Hurrell even said that Glee was a "curse not merely on the United States, but on its own cast members" as he recalled the deaths of Naya Rivera and Corey Monteith.

A particularly outlandish section reads: "The 'representation' on Glee was apparently so significant and so accurately done that it reawakened ancient tribal hatreds among the teenagers watching the show."

they pushed a kid in a wheelchair into a swimming pool as part of a cute choreographed dance routine pic.twitter.com/DlKcmErWAV

"This is the reality of wokeness: It is not a utopian philosophy. It isn't even really a Leftist one, though it uses Leftist language to mask its true intentions." 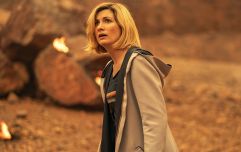 END_OF_DOCUMENT_TOKEN_TO_BE_REPLACED

While the 6k word ramblings certainly had people talking, many questioned whether Hurrell had ever watched Glee. While the show was certainly diverse at first glance, the treatment of its characters of colour, in particular, was nothing particularly 'woke' as Hurrell calls it.

there’s also a fun little b-plot in the pilot where the former glee club teacher is fired because he was caught sexually assaulting a student which is only reported by another student because she’s angry that she didn’t get a solo and wanted revenge. they do not arrest him.

"It's true. We did do it. Glee also made me gay," Glee actor Kevin McHale said on Instagram.

Plotlines on Glee included making light of sexual assault, problematic arcs on eating disorders, and even a scene where they pushed a wheelchair-bound Arty into the pool.

how do you get “glee created cancel culture” from “online fandom is toxic” https://t.co/nYUQACOoKU

Twitter user Sarah McGonagall shared a few moments, noting that: "In the very first episode, a teacher sneaks into a locker room shower to listen to a nude teenager sing and then when the teen refuses to join the glee club, the teacher plants drugs in his locker and almost gets him arrested for possession in order to blackmail him into joining."