Every Fleabag character ranked from worst to best

"I'm not a bad guy I just have a bad personality"

It has been almost two months since the last Fleabag episode aired and since that very moment, life itself has not known true peace. 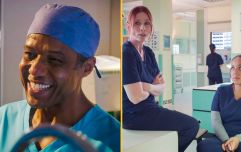 END_OF_DOCUMENT_TOKEN_TO_BE_REPLACED

For those that foolishly haven't yet binged both series in one bathroom break-less sitting, shame on you. Everyone else, you may proceed, tentatively.

Fleabag's USP is its characters. They're complex, mostly unlikeable and harrowingly relatable. We love them, we hate them, we lowkey want to be some of them.

So rather than lament Fleabag's ending, we must delve into the show's biggest strength by dissecting its characters purely for sport.

Why? Because it feels like that's the only constructive thing we can do and this particular stage in the grieving process.

Hence, here's every Fleabag character ranked from worst to best (excluding Bus Rodent because I cannot stomach thinking about his teeth). 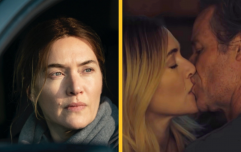 END_OF_DOCUMENT_TOKEN_TO_BE_REPLACED

When the mere sight of a television character produces an involuntary groan within you, only then has a writer stirred up greatness in their craft. Martin, with his shit-eating grin, ill-fitting jacket and shirt combinations, perfectly inoffensive American accent, unkempt beard and fondness for tactility, ugh. He is a terror and one that lurks in every corner of the universe. We've all worked with a Martin, someone who manages to be incredibly loud yet always doing nothing. He's always got a tiny bit of mayonnaise at the side of his mouth and breathes heavily through his nose, making whistling sounds with his bogeys.

He's the worst character in Fleabag, yet he was essential to the plot. Martin ultimately drives Fleabag and her sister Claire together, after steadily trying to tear them apart for years. Outside intervention wasn't necessary as he was always going to be the master of his own undoing. Martin will now spend the rest of his life in a grubby bachelor pad wearing what I am certain are greying Y-fronts and a sleeveless vest with his belly poking through, intermittently shouting orders at an emotionally damaged son who hates him. Remember his face when Claire left the wedding to be with Klare? Savour it forever. 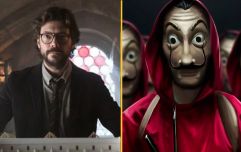 END_OF_DOCUMENT_TOKEN_TO_BE_REPLACED

Separating the art from the artist is particularly difficult in this case when one-woman institution Olivia Colman is involved, but we must remain objective in this unnecessarily ambitious listicle. Fleabag's Godmother is a terror, plain and simply. She is the fictional embodiment of a street angel / house devil and relishes in her role, swooping in to comfort a grieving man when his wife passed away, gradually weaselling her way into the life she always desired. Rather than trying to win over her new stepdaughters, she ignites an incessant and one-sided competition with them.

Every trip to her childhood home sees Fleabag often failing at exercising great restraint in telling her Godmother some quite literal home truths, resulting in some of the finest comedy acting we're ever likely to see in our fragile little lives. Olivia Colman annihilates the performance with her demonic-like expressions of performative niceties in her lover's presence. She knows that Fleabag and her sister are merely collateral damage in her devious plan to steal her deceased friend's entire life. If Olivia Colman screaming the c-word at the top of her lungs isn't playing on a loop in the back of your mind at all times, you need to rewatch series two, episode five again and rectify the situation.

Sound the hot take klaxon: Fleabag's deceased best friend, hear me out, is actually kind of bad. Yes, her actions became slightly more justified when we learned that the person Boo's boyfriend was cheating on her with was her best friend, but is accidentally throwing yourself in front of oncoming traffic the right way to deal with your problems? No, you must simply fantasise about it like everyone else, until you reach a sort of halfway house in your brain where the desire to continue living and ending it all exist on an equal level, never tipping too much to either side.

Boo's hallucinated presence is a coping mechanism for Fleabag, but it also enables her shortcomings as a person, which doesn't help her to reckon with what actually happened. We can see that Boo was a good friend, possibly even a great one. She liked guinea pigs, which is a faultless indication of being a good person. She seemed to be a constant source of positivity on Fleabag's life, which makes the cheating debacle a truly incomprehensible act. But should you surround yourself, in reality or posthumously, with the kind of person that wants to get a bit injured purely for the attention of their jilted lover? Probably, but just keep an eye on them in case it all goes very wrong.

He's a grieving man who's trying to navigate his new life, one that involves being bossed around by the most insufferable woman alive, along with figuring out how to be a lone parent to his two highly-strung daughters. Grand gestures such as getting a therapy voucher for Fleabag goes unappreciated, largely due to its insulting nature, but you can tell that he's simply trying to make everything okay in the ways that he sees fit.

Fleabag's Dad isn't a bad guy. He's a victim of circumstance and the tender moments between him and his daughters really reminds us of that. Getting remarried seems to be less about Fleabag's Dad and more about her Godmother, but he muddles through it regardless because he knows that it will make her happy. He's a people-pleaser, a passive guy, one who's yet to prioritise his own happiness over everyone else's. As far as TV Dads go, he's a very good representation of the quiet Dad. He's a good person, probably very happy doing a Sudoku with a glass of red wine at his side and a dog whom he initially didn't want sitting snugly at his feet.

Yes he is dreamy, yes he is hot, yes he is a fruit from the forbidden garden. The nameless Hot Priest is a very good object of affection, but is he a good priest? Going around kissing girls and smoking, getting drunk off dainty little M&S cans of gin, having endearing feelings towards Piglet? Is that a life the Lord himself would condone? Luckily, we will never truly know. Fleabag's feelings towards the Hot Priest were clear from the outset and things felt different between them compared to her previous love interests. For one, he noticed her breaking the fourth wall and constantly questioned it, which is something we hadn't seen before.

But is the Hot Priest fully good? Is he the best Fleabag character, or are we simply distracted by his hotness? He did some shady things, such as cancelling on a scheduled wedding cermony days before it was due to happen, determinedly wooing Fleabag so that he could figure out his feelings towards her, he even broke the vow of celibacy that all priests, even the hot ones, must undertake. Foxes have been after him for years and foxes notoriously sniff out bad guys. Perhaps there was more to his story than we ever got to see? Is he just coincidentally a very big fan of kneeling? Did he actually love Fleabag but was terrified to give up his life for her? This feeling of confusion still remains. "It'll pass".

She's the main character, but is she the absolute best? No, Fleabag has her flaws, just like you and I, perhaps even more so depending on your respective life choices. The beauty of Fleabag is that by breaking the fourth wall, she invites us into her inner psyche and you reckon with her decisions. Whatever she's done, you take the justification on board and forgive it, right up until the finale of series one when you tragically learn that Fleabag, just like the rest of us, is a little bit trash sometimes.

But with the arrival of the almost-didn't-happen series two, you get sucked right back into her bullshit. Self-sabotage isn't as high on her agenda this time, but it's still somewhere in the mix. Looking incredible on the day of your mother's funeral is an extremely Fleabag problem to have, as well as a hysterical one. Her life is a complete mess and although it makes you feel slightly more comfortable about your own misery, you have to ask yourself - would you want to be friends with Fleabag? Would you invite her over for dinner? No, because she would steal your boyfriend, leaving you with no alternative other than to calmly walk into oncoming traffic.

He was a minor character, but good grief was he a good one. From their rocky start during a job interview in series one when Fleabag accidentally flashed her bra and entire torso at him, the unnamed bank manager was somehow involved in the utter mess that is Fleabag's troublesome little life. He appears again when Fleabag and her sister attend a silent retreat at their father's expense, to deliver one of the most heartfelt monologues that has ever graced our television screens, expressing a desire to simply want to go home and lead a normal life. Preach, fam.

As quick as we've forgotten him, this bank manager reappears at crucial intervals, most notably when Fleabag gets a distressing call from her sister while she's at work. Chatty Wednesday is in real jeopardy of being cut short when he appears wielding a new guinea pig (actually a hamster), then offers to step in and man the cafe. In the end, he bids Fleabag farewell, as close to giddy as he can be about a new job he's about to start, then as quick as he arrived, he's out of Fleabag's life, probably forever. They got off on the wrong foot but his character came full circle and proved himself to be a lovely man. Not everything has to have a happy ending, but this helpful bank manager did and that's unfortunately as close as we're going to get to a Disney finale.

To be fair, she does look remarkably like a pencil. Right up until midway through the second series of Fleabag, Claire was a bit of a melt. She was uptight, substantially boring and unhappily happy in her very small little life. Her gross husband (see - dead last on this list) and his weird son seemed to be all that Claire felt she deserved in this entirely fictional world, which was peppered with her sister trying her best to drum up some kind of fun or at least scandal between them as best she could. Claire wasn't really living.

Then we got to meet new Claire. Claire who had been to Finland and realised there was life outside of her little bubble. Claire who got her hair cut to look like a pencil. Claire who even when trying to break up with her disgusting husband is still polite enough to say "Please leave me". She broke free from her destiny as a drip, taking a leaf out of her free spirit sister's book. Claire's character, much like the bank manager, came full circle. She became a better person and that was thanks in some small part to Fleabag's influence. Claire is living her best life in Finland right now, with Klare by her side and a decent haircut. The real love story in Fleabag was between two sisters that ultimately learned that all they'll ever have is each other. Also, if you didn't produce a hearty yet slightly forbidden laugh at the line "Get your hands off my miscarriage", this show was completely wasted on you, heathen.