What more could you want in a movie?

There is very little that gives more joy in cinema than the ‘Die Hard in a [blank]’. Die Hard on its own is obviously one of the finest Hollywood movies ever made, but perhaps its biggest legacy, its great gift, was bestowing a simple a concept on the film industry. There’s a building/confined area, terrorists or bad guys take it over, but there’s one lone dude who happens to be there who’s a total badass, and he has to singlehandedly take them down. 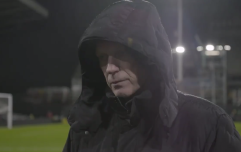 END_OF_DOCUMENT_TOKEN_TO_BE_REPLACED

When the concept is done well, it is just so perfectly satisfying. If the escalation of the stakes is paced correctly, if the special geography of the location is explained to the viewer well enough, and if the script strikes the right level of both vulnerability and badass-ery, there is nothing like it. Die Hard is such a great movie because it does all those things with the precision of an expert watchmaker, but it has also left a template simple enough for any hack to follow, provided they have a decent B-tier star and a gimmicky location.

My personal oddball favourite is 1995’s No Contest, which is Die Hard at a beauty contest, starring former Playboy Playmate Shannon Tweed.

But I think we might have a new contender, Ladies and gentlemen, I give you Final Score.

There are three things you need for a great Die Hard rip off. And Final Score has them all. 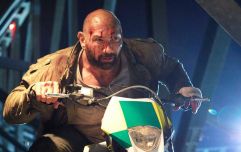 Final Score is incredibly stupid, but also kind of wonderful

END_OF_DOCUMENT_TOKEN_TO_BE_REPLACED

The gimmicking location is arguably the most important, and god damn, if Final Score doesn’t have the best. It is at the Boleyn Ground. AKA Upton Park. AKA West Ham United’s old stadium.

Yes, this is Die Hard at a football match. If you are not already screaming “Shut up and take my money” like Fry from Futurama, I’m not sure if we can ever truly be friends.

And even better, it was actually filmed at the real Upton Park, before it was demolished. Some scenes appear to have been filmed at an actual match. Just think of the possibilities. Hopefully there will be a scene where the bad guys burst into the commentary studio and take Gary Neville and Steven Gerrard hostage. There will definitely be a bit where some snooty prawn sandwich fans in the directors’ box tries to sell out to the bad guys, and gets killed for his troubles. Maybe Mark Noble will team up with Dave Bautista. 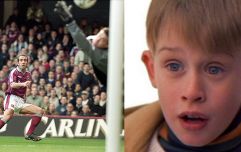 END_OF_DOCUMENT_TOKEN_TO_BE_REPLACED

It is a proven fact that putting a wrestler in a film instantly makes it loads better, but former WWE champ Bautista is actually a pretty decent actor – he’s great as Drax in Guardians of the Galaxy, and has also done well in Blade Runner 2049 and Spectre.

But more importantly, according to the press release he plays an ex-soldier, which means he’s going to be an American who doesn’t understand football. He’ll ask someone what the offside rule is. There will probably be a scene where he’s in an East End pub, and try jellied eels. I AM SO EXCITED ABOUT THIS FILM.

The bad guy appears to be Ray Stevenson as some Russian dude, which seems fine. But more importantly in Pierce Brosnan is in this with a bad Russian accent. What more could you want?

Extra bonus reason why this will be the best film ever.

Bautista jumps off the roof of West Ham on a motorbike. How can you not be excited about this film.

Final Score is released on September 7th, and will be available on Sky Cinema from the same day.