Lundgren is set to star in the next Expendables instalment

Rocky star Dolph Lundgren was spotted at a sports festival in Birmingham over the weekend with his 24-year-old fiancée Emma Krokdal.

END_OF_DOCUMENT_TOKEN_TO_BE_REPLACED

The Expendables actor, 63, was attending the Arnold Sports Festival in Birmingham alongside his new wife-to-be. He attended alongside his Rocky co-star Sylvester Stallone, who accompanied him on stage.

It is believed that the duo will remain in the UK until at least November to film the third sequel to the popular Expendables franchise.

Lundgren revealed his engagement on Instagram back in June while on a trip to Sweden. Posting an image of himself stood alongside Krokdal, the caption read: "Something very special happened here in Sweden".

The two had been dating for a few months before they made their red carpet debut at the Cana Dorada Film & Music Festival in the Dominican Republic back in January 2020. 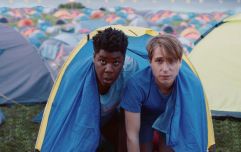 END_OF_DOCUMENT_TOKEN_TO_BE_REPLACED

Not much is known about Krokdal besides the fact that she is a personal trainer and fitness expert currently residing in Los Angeles.

Jason Statham, Dolph Lundgren, Randy Couture, and Sylvester Stallone have all been confirmed for the next Expendables instalment, reports the Hollywood Reporter.

However there are also new additions to the franchise in the form of rapper and film star 50 Cent, actor Megan Fox and martial arts extraordinaire Tony Jaa. 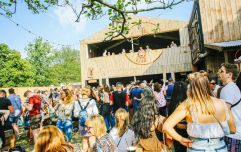 END_OF_DOCUMENT_TOKEN_TO_BE_REPLACED

Though previous films had Stallone and Lundgren at the helm, it is believed that Statham will be the focal point this time around alongside Fox as the female lead.

"It's so much fun to bring these stars together for a no-holds-barred action film," said Jason Constantine, president of acquisitions and co-productions for the Lionsgate Motion Picture Group, in a recent statement. "The new film will raise the stakes and be the biggest, most badass adventure yet."