A no deal Brexit threatens a hard-won peace on the Irish border, and the achievement of women's reproductive rights

Siobhan McSweeney plays Sister Michael in acclaimed TV comedy Derry Girls. Outside of its fictional universe, the city still faces turbulent times. A growing women's rights movement is calling for the decriminalisation of abortion and suggestions of a no deal Brexit, and resulting hard border, risking tipping Derry back into the bad old days.

JOE spoke to McSweeney about abortion, the border and Brexit ahead of the Rally for Choice in Belfast on September 7. 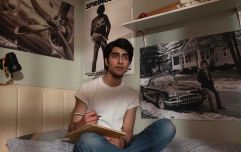 END_OF_DOCUMENT_TOKEN_TO_BE_REPLACED

Channel 4's Derry Girls is easily one of the best sitcoms to hit British television in a long while. It mixes up an all-female spin on The Inbetweeners and some pitch perfect 90s nostalgia, with a poignant and realistic portrayal of The Troubles in Northern Ireland. The real genius of the show though is that it lets those elements fall into the background.

Yes, it was an era that suffered through violence and terrorism. But, like anywhere, people still went about their lives. People in Derry during The Troubles grew up, got old, fell in love, got drunk, had fun and did all the other things everyone does, no matter where they are from. 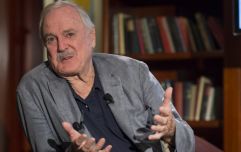 END_OF_DOCUMENT_TOKEN_TO_BE_REPLACED

Derry Girls is a show about four girls (and an English cousin) coming of age - it is honest and funny and relatable, and just happens to be set against The Troubles. It is something that was happening at the same time, but did not define their lives.