END_OF_DOCUMENT_TOKEN_TO_BE_REPLACED

It was a day of love, eating food, and being excruciatingly annoying.

It was also probably the busiest day of the year in terms of restaurant bookings so if you were planning to go out and hadn't gotten anywhere reserved, what was even the point?

Things, however, on Coronation Street seemed to pan out a little differently.

Last night, Tyrone and Sean decided to treat themselves to a nice little Valentine's Day dinner. 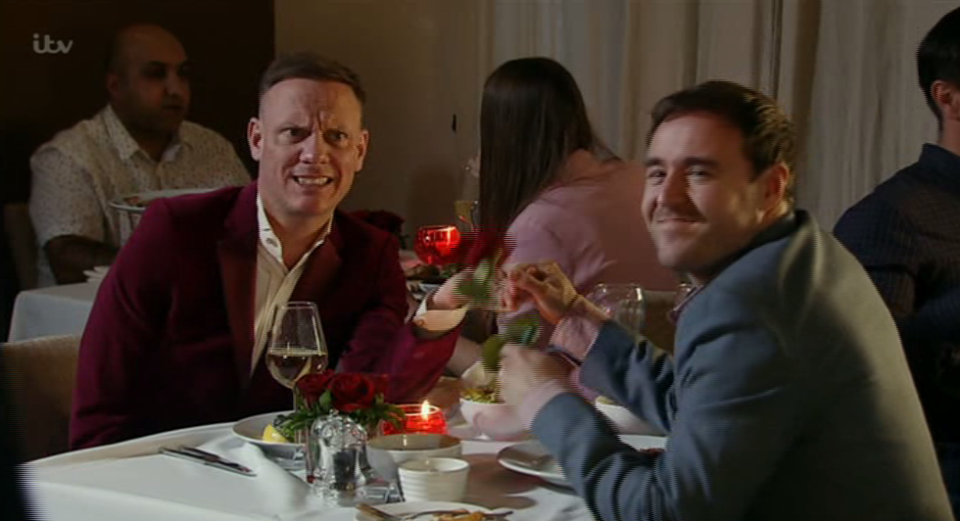 However, they decided to pretend to be a couple to avail of a special V-day meal deal which let people who were in a relationship get their dinner for half price.

50 percent off on the actual busiest night of the year.

You couldn't make it up, lads. 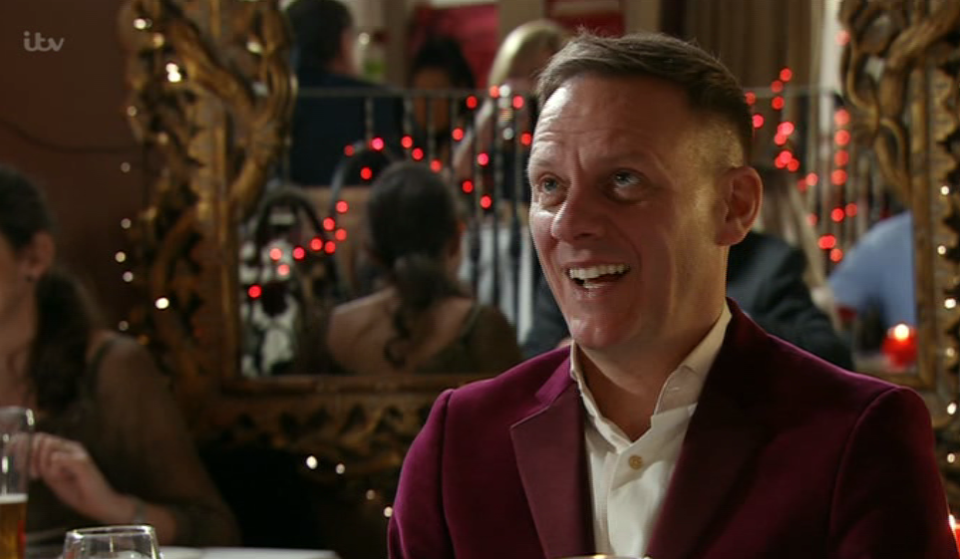 Either this restaurant literally doesn't care about how much money they're losing out on because every single person who goes in there on Valentine's night is going to be a couple... or they were severely under-booked.

Whatever happened, the storyline wasn't exactly the most realistic thing in the world.

And it didn't take long for viewers to hop on Twitter and question why on earth it was happening.

#Corrie So on the busiest day of the year, when every restaurant is guaranteed to be full, Tyrone finds one giving away half-price food.

I think the writer of this episode has never been out to a restaurant on Valentine's Day. #Corrie

I've been out of the dating game for some time but I'm fairly sure the prices go up on Valentine's, not down #Corrie

Sure look, as long as Tyrone got his cheap meal, who are we to judge?

popular
The JOE Friday Pub Quiz: Week 271
Over 200 kilos of cocaine with Liverpool FC branding seized
Pro Volleyballer spends £590K believing he was dating supermodel Alessandra Ambrosio for 15 years
Ava White, 12, dies after Liverpool stabbing - four boys aged 13 to 15 arrested on suspicion of murder
Tobey Maguire Spider-Man spotted in No Way Home merchandise
A definitive ranking of every swear word from worst to best
Woman left devastated when nobody turned up to her Friendsgiving
You may also like
Entertainment
Corrie viewers are all saying the same thing about Aidan Connor's suicide
Entertainment
Corrie was heartbreaking for a bit tonight but had an extremely important message
Entertainment
Zeedan's dramatic Coronation Street exit has been revealed and it's all very sad
Entertainment
Aidan Connor's family dropped with two bombshells in tonight's Corrie
Entertainment
Coronation Street viewers are all saying the same thing about last night's episode
Next Page