If there's one thing that keeps Pokemon players grinding out the miles it's catching the rarest and most elusive Pokemon.

Anyone can nip outside their front door and catch a Pidgey or a Drowzee, but you've got to be more crafty if you want to bag some of those harder-to-catch little blighters and complete your Pokedex.

END_OF_DOCUMENT_TOKEN_TO_BE_REPLACED

One great way to catch rare and powerful Pokemon that many players haven't cottoned onto properly yet is the incense item.

Basically, it lures wild Pokémon to your location for 30 minutes and you can walk around during that time rather than sitting in the one place like you have to do with a PokeStop lure. 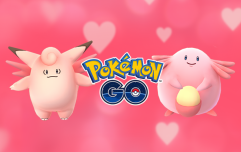 END_OF_DOCUMENT_TOKEN_TO_BE_REPLACED

But even for people using incense to tempt these arcane wild beasts out of hiding, there appears to be a trick to maximising its potential for catching them, according to Fraghero.

The theory of it is pretty simple - and it seems to be working a treat for Pokemon Go players.

Basically when using it you have to ensure you're in an area that has no streets, no gyms and no Pokestops nearby.

Also it must be a place where no wild Pokemon spawn. So these criteria pretty much rule out many cities and urban areas as optimum hunting ground for the rarer types. 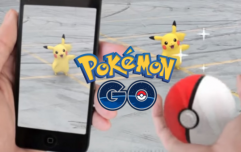 END_OF_DOCUMENT_TOKEN_TO_BE_REPLACED

Once you have found a place that ticks these boxes though, the site claims that more and more rare Pokemon should start springing up ready to be caught when you activate incense there.

This video explains more about the process, in which they theorise that rare Pokemon show up since the game doesn't have any predetermined creatures to send out, so it just randomly selects them.

Alphr explains how incense works in greater depth and the times when you should use it to maximum effect.

The site says that people often mistakenly use this rare commodity when they're sat at home or at their desk at work.

But when you're not moving around or walking the incense will only procure one Pokemon appearance every five minutes during the 30 minutes it's activated for.

Six Pokemon hardly seems worth it. But, as anyone who has walked around while using incense will know, Pokemon show up with much higher frequency - up to one per minute - when you're on the move so you get much more bang for your buck.