Carole Baskin has joined the cast of Dancing with the Stars

The Tiger Queen joins an absolutely bonkers lineup for the series

Carole Baskin has joined the cast of Dancing with the Stars in America. 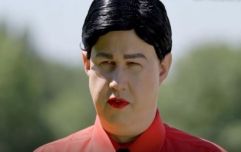 END_OF_DOCUMENT_TOKEN_TO_BE_REPLACED

The series will premiere on American televisions on 14 September with model and businesswoman Tyra Banks taking up hosting duties.

Last season’s cast sparked some controversy with the inclusion of former White House press secretary Sean Spicer, though it seems as though Baskin is the most controversial cast member in the upcoming series.

It is believed that Baskin was offered a slot on I'm A Celebrity... Get Me Out Of Here!, which will be filmed in Wales this year, but she opted for Dancing with the Stars instead.

Baskin rose to fame following the release of Tiger King on Netflix earlier this year, though you'd be forgiven for thinking that was about five years ago at this stage.