It felt historic in the moment and undoubtedly more so now

Amongst the chaos and confusion of the Taliban retaking Afghanistan after two decades since they were ousted by US forces, it may have slipped some people that a BBC News reporter spoke to one of their officials live on air through her phone over the weekend. 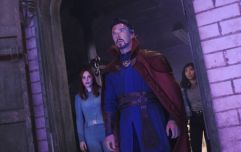 END_OF_DOCUMENT_TOKEN_TO_BE_REPLACED

Yalda Hakim had to do some improvised journalism mid-broadcast after she received a call from Taliban official, Suhail Shaheen, in the middle of a news segment. Seeing the opportunity to get more information and a deeper insight into the militant group's current disposition, she put her phone on speaker and adjusted a nearby microphone to pick up the conversation.

You can see the incredible moment below as she handles the rather unorthodox situation expertly well, doing well to knit in what could have been messy, on-the-fly interviewing into the main coverage:

BBC News @BBCYaldaHakim has a Taliban spokesperson on the phone (on speaker), whilst presenting live. pic.twitter.com/N9jOQpkRHW 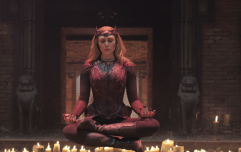 END_OF_DOCUMENT_TOKEN_TO_BE_REPLACED

You can watch an extended clip of the interview below, in which Shaheen reinforces that the group do not intend to use violence or force to reestablish themselves in Kabul, adding that "no revenge" will be carried out against the Afghan people following their 20-year absence from power.

However, we urge you to go and watch the full 32 minutes if possible: it is truly a captivating experience from start to finish, only made more significant given the most recent developments in Afghanistan.

She was, of course, applauded for her quick thinking, as were the production team who are believed to have moved the guest microphone across the desk and adjust the levels in time to catch the conversation.

She is brilliant, @BBCYaldaHakim was born in Afghanistan and came to Australia as a very young girl having fled in the 80s. She definitely knows her stuff on this topic (and many more)!

END_OF_DOCUMENT_TOKEN_TO_BE_REPLACED

While this watershed moment may have slipped under the radar for some, it is nonetheless one that is sure to resonate for years to come, especially depending on what happened next in the ever-unfolding situation in Kabul and Afghanistan as a whole.

Be sure to keep following the story on JOE and PoliticsJOE.