You may or not be aware of the latest Avengers film. No? Not heard anything?

Well, in any case, Avengers: Endgame has gone down a bit of a storm since it's midnight release on Thursday. 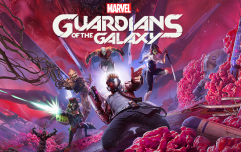 END_OF_DOCUMENT_TOKEN_TO_BE_REPLACED

As a result, everyone's favourite go-to engine - unless you're one of those weird middle-aged men that uses Bing or Yahoo or Ask Jeeves for some strange, strange reason - have included a pretty cool Easter egg when you search for the movie's central villain Thanos.

Type it in and you're greeted with the following:

All you need to do to trigger the animation is click on the infinity gauntlet on the right (for non-MCU nerds, it's the gold hand on the right. The one that looks like a washing up glove covered in rhinestones).

It will click, sparkle a bit, and then unleash all of Thanos' destructive power on the search engine - including vaporising half of the results.

Don't worry though, they're not gone for good - click on the infinity gauntlet one last time to restore the entire page. Voilà. It's fun being a god, isn't it? Can kinda see why he was into it.

popular
World's tallest female pornstar explains why she prefers shorter men
Former Leeds striker banned for four years over yellow card bribe
'I resent my mum for not switching me back after baby mix up at hospital'
Doomsday Clock 2022 at 100 seconds to midnight - closest to apocalypse yet
Daniil Medvedev booed mercilessly by Australian Open crowd during honest interview
Premier League footballer arrested on suspicion of child sex offences has bail extended
GMB guest urging people to ditch conservatories while sat in one labelled 'hypocrite'
You may also like
Quiz
The hardest Marvel Cinematic Universe quiz you'll ever take
Film
"Only a matter of time" until there's an all-female Avengers movie, says Letitia Wright
Entertainment
QUIZ: Can you name all these obscure Marvel Comics characters?
Quiz
QUIZ: Match the Marvel Cinematic Universe quote to the character who said it
Entertainment
First Black Widow trailer sees Scarlett Johansson finally take centre stage in the MCU
Next Page