Phillip Schofield favourite to replace Bradley Walsh on The Chase

It won't be the same without Bradley Walsh

Phillip Schofield is being tipped to replace Bradley Walsh on The Chase.

END_OF_DOCUMENT_TOKEN_TO_BE_REPLACED

There has been no official word of Walsh leaving the popular daytime TV quiz, but it has been suggested that this could be his last year on hosting duties.

"Bradley Walsh is such a major part of The Chase that it’s hard to imagine the show without him," a spokesman for Paddy Power said.

"I mean, who else is going to break down laughing at questions including names like Fanny Chmelar and Dick Tingler?" 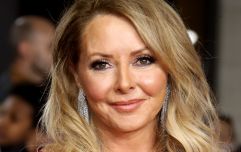 END_OF_DOCUMENT_TOKEN_TO_BE_REPLACED

"With ITV bosses making moves to run a spin-off show without Brad, it seems that it’s not just the contestants who are now 'one step closer to home.'"

It follows the announcement of a new series for spin-off The Chase Extra, without Bradley Walsh hosting.

Trailing Bradley Walsh in the odds are Dermot O'Leary and Shane Ritchie.

O'Leary is currently at 6/1, with former Eastenders star Ritchie at 8/1. 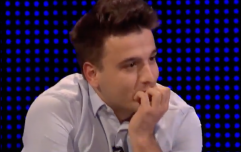 END_OF_DOCUMENT_TOKEN_TO_BE_REPLACED

In other The Chase betting news, Anne Hegarty aka The Governess is tipped to be the first Chaser to leave the show for good in over a decade, at 5/6.

Bradley Walsh has presented the quiz show since it launched back in 2009.

The Chase is one of ITV's most successful daytime shows ever, regularly getting audiences of three to five million viewers.

In April 2020, ITV launched a spin-off, Beat The Chasers, also hosted by Walsh.

popular
Tourist dies after losing arm and leg in shark attack at popular resort
Jordan Peterson suspended from Twitter over Elliot Page comment - says he won't apologise
Adele fans have 'mad respect' for her after she stopped her Hyde Park gig to help someone in distress
Woman sells pics of her thumbs on OnlyFans for £4,000
The JOE Friday Pub Quiz: Week 301
Tottenham fans will love Richarlison's Arsenal Instagram message after transfer
Threesome sees 60-person brawl break out on cruise ship, says passenger
You may also like
Entertainment
ITV's The Chase star opens up on divorce from ex-wife who is his cousin
Entertainment
The Chase star Mark Labbett shows off remarkable 10 stone weight loss
Entertainment
The Chase’s Mark Labbett has lost 10 stone in lockdown
Entertainment
Shaun Wallace defends 'Dark Destroyer' nickname after people call it racist
Entertainment
Anne Hegerty responds to rumours Philip Schofield is replacing Bradley Walsh on The Chase
Next Page