INTERVIEW: Everything in WandaVision "has a payoff" say stars Kat Dennings and Randall Park

"There's nothing put in purely by accident."

WandaVision is the most talked-about TV show of 2021 so far. 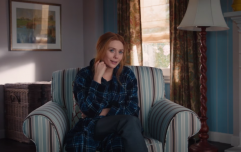 END_OF_DOCUMENT_TOKEN_TO_BE_REPLACED

That is kind of to be expected, as the first Marvel Cinema Universe show on Disney+ was always going to be a big deal. But maybe what fans didn't expect was for the show to be as strange as it is.

Instead of superhero battles and sci-fi action, for the first few episodes viewers instead got homages to the sitcoms of yesteryear, with an additonal sinister, unnerving edge.

The fourth episode finally pulled out into the wider MCU world, and gave us some clues as to what is going on. Returning characters Darcy Lewis (from the Thor movies) and Agent Jimmy Woo (first seen in Ant-Man and the Wasp) are now on the outside of Westview looking in, trying to figure out what is going on, just like the viewers at home.

We caught up with the Darcy and Jimmy - or more accurately Kat Dennings and Randall Park, the actors that play them - to talk about what they thought when they first discovered what the show was about. 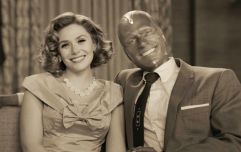 END_OF_DOCUMENT_TOKEN_TO_BE_REPLACED

"When I first got called in [by] Jac Schaeffer, the head writer, we sat in a conference room, and she had the whole show mapped out on the walls." says Randall Park. "I was just so amazed."

"'I was like 'What is going on?'" adds Kat Dennings. "This is the craziest thing I have ever seen.'"

"But seeing all of the work they put in to it, it all really makes sense," she continued. "Everything you see has a payoff. There's nothing put in purely by accident."

"There's a huge payoff that I think people will be really excited for."

And based on what happens at the end of episode five, we are starting to see it all come together.