Elon Musk's space-age, self-driving Tesla cars may have dropped in value since his SNL performance but it certainly doesn't seem to have hurt the R&D department much, as the business and tech magnate confirms the updated 'Roadster' model will reach 60 miles per hour in just 1.1 seconds. 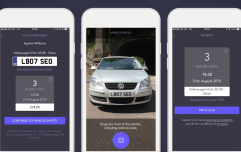 END_OF_DOCUMENT_TOKEN_TO_BE_REPLACED

It was part of the PR and general posturing for the new model (initially launched in 2008) but was little more than unfounded publicity until now, as Musk responded to a Tesla owner and self-confessed "car nut" on Twitter confirming that this estimation is indeed true. In fairness, it's yet to be seen in action but we don't imagine he'd double down if he wasn't confident.

Yes, with the SpaceX rocket thruster option package. It will be safe, but very intense. Probably not wise for those with a medical condition – same as a hardcore roller coaster.

This is actually 0.8 seconds faster than what Musk initially teased back in 2017 and is made possible by the 'SpaceX Rocket Thruster' option. That's right, we now live in a time when phrases that sound like something out of Wacky Races or something futuristic sci-fi anime are genuine features on cars - at least the kind Elon Musk makes.

As he reassures in the tweet, "It will be safe, but very intense. Probably not wise for those with a medical condition", comparing the initial speed to that of "a hardcore roller coaster.” To be honest, mate, though there are certainly speed freaks out there, strapping rockets built for space flight to the back of your self-driving car is a bit different from jumping on Rita at Alton Towers.

The car itself may still be as far away as 2023, with these first images being the first to have been leaked of the updated model. As it happens, Tesla already held the record for the fastest accelerating car from 0-60 with its Model S Plaid, which achieves the feat in just 1.99 seconds. Staggering.

While he and his engineers may not yet have built the fastest production vehicle full stop yet - that honour going to the SSC Tuatara, with 316.11mph (gulp) - we're sure it won't take long; the meme machine seems to have a habit of upping the ante every time he heads up a new project. 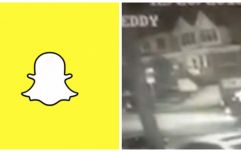 END_OF_DOCUMENT_TOKEN_TO_BE_REPLACED

For instance, since we mentioned SpaceX, it was announced recently that Musk plans to send up at least 12,000 of his Starlink satellites over the next few years. Not only is that over 3,000 more satellites than have ever been launched in history, but it is said that the internet is beamed through space at a rate that is 47% faster than current fibre-optic offerings.

So, while his primary focus looks to be blasting us off to Mars, by the rate he's going, it probably won't be long until he's sending us up in Teslas!

popular
Australian swimming coach's wild celebration goes viral after Ariarne Titmus takes gold
New video of Wayne Rooney on night of ‘stitch up’ pics emerges
Conor McGregor deletes disgusting tweet about Khabib's dead father
Men should ejaculate at least 21 times a month, according to study
Here's how to see who's been taking screenshots of your Instagram Stories
Police find 48TB of 'mostly adult' material in Shilpa Shetty's home after husband's arrest
Man who claims he’s Charles and Camilla’s child is now using his son as ‘proof’
You may also like
Football
You could be fined £1,000 for flying a flag on your car during EURO 2020
Quiz
QUIZ: Can you guess the meanings of all these dash symbols from your car?
Entertainment
The Top Gear guide to Lancashire Slang with Paddy McGuinness, Freddie Flintoff and Chris Harris
News
All new cars to be fitted with speed-limiting technology under EU plans
Life
You can now buy car air fresheners with your best mate's face on
Next Page