What the Rooney/Vardy feud says about trust issues in football

The Vardy/Rooney saga was all across social media last week

When Coleen Rooney took to Twitter last week to accuse Rebekah Vardy of leaking stories about her to The Sun newspaper, it was pretty much all anyone interested was talking about for days.

The level of work undertaken by Rooney to find the person she believed was responsible for handing over information about her, the manner in which she then divulged that information to the world, combined with the ensuing drama online, made it one of the best days on the internet.

But while the entire saga was undoubtedly funny, the lengths to which Rooney went to find out the truth indicate the lack of trust and the invasion of privacy that she felt at the time.

On the latest episode of Liquid Football with Paddy Power, the topic was discussed by host Kelly Cates and guests Steve Sidwell, Wayne Bridge and Carlton Cole.


"If you spoke to every footballer, they'd be able to count on one hand the people they can really trust."

After the controversy involving Coleen Rooney and Rebekah Vardy, @KellyCates and the panel discuss how difficult it is for footballers and their families to trust people. pic.twitter.com/lKMVbwKBeY 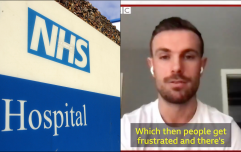 END_OF_DOCUMENT_TOKEN_TO_BE_REPLACED

During the discussion, the guests reveal how - despite their privileged position in society - footballers and their families often find it difficult to trust people, including family and friends.

"If you spoke to every footballer, they'd be able to count - probably on one hand - their close, close friends, and who they can really trust," said Steve Sidwell when asked if footballers and their partners are aware of what they will be subject to when they are in the spotlight.

Sidwell's comments hammer home the perception that footballers - as well as other people in the public eye - are cautious about who they allow themselves to trust and get close to. With recent news, it's not hard to see why.