Neymar was accused of sexual assault back in 2016, now, the WSJ says that's the reason Nike severed ties

Neymar Jr. is thought to be one of the most marketable sports personalities, let alone footballers, in the world - at least on paper. He grew up playing the samba style of football on the streets of Brazil, broke onto the scene at Santos, before going on to be bought for astronomical sums of money by Barcelona, PSG and picking up umpteen sponsorships and endorsements on the way. 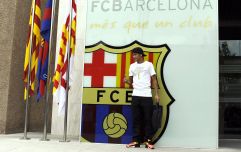 END_OF_DOCUMENT_TOKEN_TO_BE_REPLACED

However, it would seem his biggest brand, Nike - who split with the star last year - did so because of the sexual assault claims from one of their own employees, according to the Wall Street Journal. While the 29-year-old has denied these allegations from the start, it seems Nike held just as firm.

The Nike employee said that the footballer tried to force her to perform oral sex in his hotel room while in New York, where she was helping to coordinate events and logistics for Neymar and his entourage. She told friends and colleagues who brought it to the attention of the company; she then went on to lodge a formal complaint in 2018.

Nike's general counsel, Hilary Krane, enlightened the Journal on the surprise departure by stating: “Nike ended its relationship with the athlete because he refused to cooperate in a good faith investigation of credible allegations of wrongdoing by an employee.” The global star soon went on to join sports retailer rivals, Puma, less than a month later. 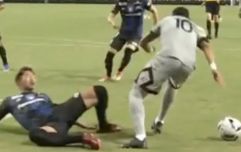 END_OF_DOCUMENT_TOKEN_TO_BE_REPLACED

She went on to say that while “no single set of facts emerged that would enable us to speak substantively on the matter" - hence why the company kept the causation quiet - they stood by their employee's claims and also "respect her privacy", adding that "[i]t would be inappropriate for Nike to make an accusatory statement without being able to provide supporting facts.”

Once again, the official party line from the Neymar camp is that all accusations are false, with his spokesman reiterating that "Neymar Jr. will vigorously defend himself against these baseless attacks in case any claim is presented, which did not happen so far" - their excuse for the split is simply for commercial reasons.

However, this is not the first allegation levelled at the former franchise star: as recently as 2019, Neymar was accused of rape by a Brazilian model in a Paris hotel. The case ultimately went onto see the woman charged with fraud after he shared video footage and WhatsApp messages that proved enough to clear his name in the eyes of the court.

END_OF_DOCUMENT_TOKEN_TO_BE_REPLACED

Once again, his spokesperson reiterated that the "allegations made against him in 2019—allegations which the Brazilian authorities found Neymar Jr. innocent—these allegations are false.”

Interestingly, Neymar still brandishes the Nike swoosh in the colours Paris Saint-Germain, for now. However, the club continues to ramp up its partnership with another giant in sports merchandising, Air Jordan, with this year seeing both their home and away kits sponsored by the legendary basketball-based brand - even ditching the famous 'Hechter' stripe.