Erling Haaland is arguably the most sought-after player in world football right now, almost certainly after that rare opportunity to sign Messi on a free was snapped up by PSG. He was Borussia Dortmund's talisman virtually within his first season but as the German side continues to struggle, he's seeking to claim glory elsewhere. 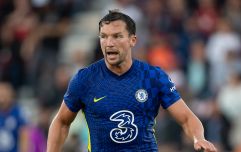 END_OF_DOCUMENT_TOKEN_TO_BE_REPLACED

However, the Dortmund sensation's value is astronomical and despite being linked with every Tom, Dick, and Harry, the real question is who can actually afford him? Well, turns out virtually no one if Mino Raiola gets his way, as he has reportedly slapped a staggering £820,000-a-week wage demand on the young Norweigan.

After Chelsea became the latest club said to be negotiating with Haaland - though a move would be doubtful having just snapped up Romelu Lukaku for a second spell - the details surrounding a potential contract were picked up and it is, quite frankly, ridiculous.

According to German outlet Bild, Raiola has not only demanded a £820k weekly wage, he also wants a £34m agent's fee as well as a salary for himself in a five-year package that would cost Dortmund somewhere in the region of £275 million total. That's not even including whatever price they would have to pay to get Haaland himself, rumoured to be around £150 million. 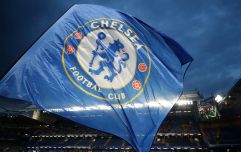 END_OF_DOCUMENT_TOKEN_TO_BE_REPLACED

It’s been widely reported that Haaland has a release clause of £68 million in his contract, which becomes active in 2022, so we may very well see every one of the clubs said to be chasing him take a punt. However, all we know is what Sir Alex told us when talking about Paul Pogba: "He just had a bad agent, a sh*tbag".