How can Arsenal fans 'trust the process' if not even Arteta knows what it entails?

Sunday's late Premier League kick-off saw Arsenal succumb to yet another defeat that was painful and embarrassing on so many different levels. It was painfully predictable, having watched their meek performance against Brentford the week before. It was embarrassingly naive, as Chelsea exploited the same space over and over and over again to score two goals. And, even as a neutral, it was frustrating to watch a team with such lofty ambitions be so willingly carved open by a Chelsea side whom they beat twice last season, and in the FA Cup final the season before.

END_OF_DOCUMENT_TOKEN_TO_BE_REPLACED

Chelsea have of course strengthened hugely, bringing back Romelu Lukaku, who played a significant role in the win by bullying a hopeless Pablo Mari for 90 minutes. They are a much better drilled team than the one who lost the cup final under Frank Lampard. But this was only half the story; Arsenal have gone backwards in that time.

A year ago, when Arsenal won that FA Cup final, they looked the more intelligent side, with a plan that exploited their opponent's weaknesses while masking their own. Everyone knew their jobs, with the partnership between Kieran Tierney and Ainsley Maitland-Niles on the left a key feature in their build-up play, as one tucked in and the other stretched the pitch. Comparing them to their rivals in London, Arsenal looked the most promising project, as Tottenham and Chelsea struggled under managers unsuited to the roles.

But the following season, any optimism at the club was quickly drained away by a poor star. Then-West Brom manager Sam Allardyce even joked that Arsenal were among the teams fighting relegation. The defensive clangers became more frequent, the underwhelming results against mid-table fodder increasingly predictable, and Arsenal slumped to an 8th place finish, meaning they would not play any European football for the first time since 1995.

END_OF_DOCUMENT_TOKEN_TO_BE_REPLACED

With no immediate quick fix to the multitude of structural problems at the club, Arsenal decided to place their trust in Arteta, a club legend as a player and supposedly a promising young coach, who had previously been working as assistant to Pep Guardiola.

And they spent money to bolster his squad. Since Edu Gaspar took over as technical director in the summer of 2019 - six months before Arteta was hired as manager - Arsenal have signed 17 players, and the squad looks... no better than it did before. In that time, they've also lost the likes of Aaron Ramsey and Mesut Özil for no compensation, and still have players on the books they are desperate to flog.

In fairness, this summer showed something resembling a strategy in the transfer market now: signing young players with resale value, which was a welcome change from taking Chelsea cast-offs. The problem remains that the players they've signed have not progressed as hoped, in large part due to the dysfunctional set-up in which they're playing. 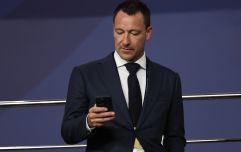 END_OF_DOCUMENT_TOKEN_TO_BE_REPLACED

Arsenal fans have repeatedly been told that Arteta needs time, that they should 'trust the process' - a phrase used by Arteta himself in 2020. Even the club's social channels have adopted the mantra since then.

But you can only expect people to trust a process if there is a process to be trusted. Sunday's humiliating defeat displayed no sign of a plan, short-term or long-term, and no coherent tactics while out of possession, or in possession for that matter. No Arsenal fan expected to win that game, but the boos at full-time were indicative of the exasperation among the fanbase who have been told to believe in something that doesn't really exist for too long.

'Trust the process' is now a completely hollow motto, more often used as a meme to mock Arsenal on social media than a genuine reason for optimism.

It's worth noting that this isn't necessarily all Arteta's fault. Unai Emery enjoyed success before and after his spell at the Emirates. Clearly something is wrong at the core of the club and the rebuild to where they want to be - challenging for titles - will be long and painful.

But at this point, Arsenal are not even giving fans the bare minimum: some semblance of a plan, some concrete ideas and some intelligent performances. A reason to trust the process.

popular
Black box prepped for doomsday as creators warn we 'are now being recorded'
Man sends pic of him receiving oral sex to all passengers on plane - gets arrested
Chris Pratt doesn't want you to call him Chris Pratt because it isn't his name even though it is
Dramatic video shows the moment dad attacks 3-year-old son's suspected murderer in court
R Kelly due to be sentenced today, with prosecutors calling for 25 years
Subway worker shot dead for putting too much mayo on sandwich
Lewis Hamilton slams 'archaic mindsets' following Nelson Piquet's racially abusive remarks
You may also like
News
Days after abortion decision, Supreme Court protects man's right to pray on a football field
Sport
Mohamed Salah's transfer plans revealed as he enters the final year of Liverpool contract
Sport
Marco Verratti has over £2.5m worth of valuables stolen while on holiday
Sport
Diego Simeone trolled after posting chess photo with one glaring mistake
Sport
Barcelona considering legal action against Roma after late friendly drop-out
Next Page