END_OF_DOCUMENT_TOKEN_TO_BE_REPLACED

The UFC president and 'The Notorious' have had some downs but a parade of ups during their seven-year relationship. Both are considerably richer than when the UFC gave McGregor his first fight contract back in 2013.

Before his first fight in Mixed Martial arts' biggest showcase, McGregor made a detour, en route to the airport, to pick up an unemployment benefit payment. He won that fight, dismantling Marcus Brimmage, and has rarely had a moment to look back.

In McGregor's last two fights - his UFC 229 title fight defeat to Khabib Nurmagomedov and his boxing bout with Floyd Mayweather Jr. - he pulled in an average of 3.5 million pay-per-view buys for both contests.

The Dubliner will surely consider, though, his UFC featherweight and lightweight title victories as his finest accomplishments in the fight game. He became the 'Champ Champ' back in November 2016 when, as 145lbs champion, he defeated Eddie Alvarez to add the 155lbs strap to his collection. 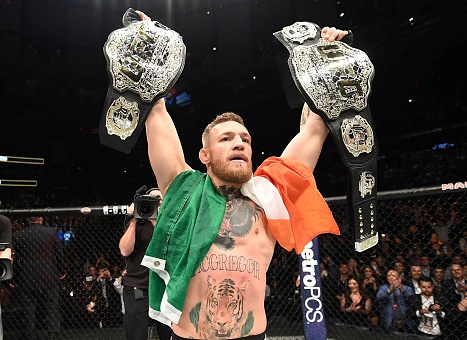 END_OF_DOCUMENT_TOKEN_TO_BE_REPLACED

McGregor only fought one more time in the UFC after that - his October 29018 loss to Nuragomedov - and that looks like it could be his last MMA bout. In the early hours of Tuesday morning, McGregor formally retired from 'Mixed Martial Art' and sent shockwaves through the sport.

ESPN's Brett Okamoto reached out to White and, before a longer phone conversation, got the following text message:

"Conor has the money to retire, and his whiskey is KILLIN’ it.

END_OF_DOCUMENT_TOKEN_TO_BE_REPLACED

"It totally makes sense. If I was him, I would retire too."

The UFC president sent out a slightly longer statement that was obtained and published by MMA Junkie. After saying the decision made a lot of sense, he continued: "He’s retiring from fighting, not from working. The whiskey will keep him busy, and I’m sure he has other things he’s working on. He has been so fun to watch. He has accomplished incredible things in this sport.

"I am so happy for him, and I look forward to seeing him be as successful outside of the octagon as he was in it."

One suspects McGregor and White will cross paths on many more occasions down the years.