Arsenal have offered Willian a three-year contract, according to reports. The out-of-contract winger turned down an extension from Chelsea, where he has played since 2013 in search of more first team football - and presumably a massive signing on fee.

Other clubs including Inter Miami and Barcelona have also reportedly offered the Brazilian deals, but the length of the contract on the table from Arsenal has put them at the front of the queue. Willian is 31 and wants one final long-term deal to take him into his mid 30s.

The Independent's Miguel Delaney also reports that the club have offered Willian a signing on fee of £10m, a benefit afforded to players moving for free in lieu of the transfer fee going to the selling club.


This comes on the same day Arsenal announced 55 redundancies following the economic downturn brought about by the coronavirus pandemic. 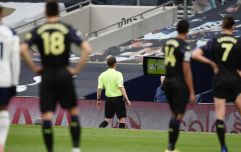 END_OF_DOCUMENT_TOKEN_TO_BE_REPLACED

The decision to lay off 55 employees has understandably angered both Arsenal fans and neutrals. Many have cited the club's lavish expenditure on player wages - Mesut Ozil on £350k a week - and the wealth of their owner, Stan Kroenke, reportedly worth in excess of $8bn, as examples of the club taking the wrong approach to dealing with the incoming crisis.

But despite that, Arsenal are looking to strengthen the squad in the transfer market by signing Willian, and could also sign Philippe Coutinho from Barcelona for as little as £9m, with a player going the other way as part of the deal.