'Visit ur mom every month, shame'

Salt Bae, real name Nusret Gökçe, was slammed after he posted a video showing his reunion with his mum after two years of separation.

The millionaire restaurant guru shared the video with his 40.8 million followers but some people were not happy with the 38-year-olds post. While Salt Bae is minted compared to many of us, fans questioned why his mother still lives so modestly.

In just under a day, the video has received over six million views and thousands of negative and positive comments. 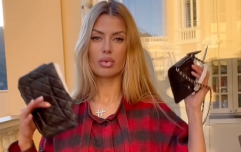 END_OF_DOCUMENT_TOKEN_TO_BE_REPLACED

One person said: "Why does she live in such conditions having a son so rich?? And why not seeing her 2 years while he travels all the world? Unbelievable."

Said to be worth around £44m and with restaurants around the world, the prevailing comments all centred around his mother's house.

Another said: "Wtf man. Take ur glasses off. Button up that shirt. U got so much money. Visit ur mom every month. Shame. astaghfirullah."

However Salt Bae is no stranger to criticism, with a customer claiming recently that a staff member refused a tip. 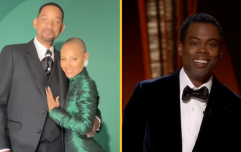 END_OF_DOCUMENT_TOKEN_TO_BE_REPLACED

Matthew Hynes wrote on Tripadvisor: "The only reason we came here was to prove that it's popular because of the media hype.

"Given only 30 minutes to finish the meal with a service that can only be described as robotic and false. The steak had little flavour and we've had better steaks at Wetherspoons on steak day!"

He added: "To top it off we got asked if a tip is possible by the server. When we offered £10 they refused it and shook their head. Keep up the great act Salt Bae."