Why the Hartlepool by-election matters

The resignation of Hartlepool Labour MP Mike Hill has triggered a by-election in Hartlepool. It comes before he is due to face an employment tribunal later in the year following accusations of “sexual harassment and victimisation."

END_OF_DOCUMENT_TOKEN_TO_BE_REPLACED

Hill has been the MP for Hartlepool since 2017, and retained the seat in the 2019 General Election - when his majority dropped to just under 4,000 votes.

Why does it matter?

The seat falls within what were formerly Labour heartland territories - or "the Red Wall."

It would have previously been unthinkable that this would be a seat that would swing to the Conservatives - in fact, it never has in its history.

The constituency has been Labour led since it was first contested in 1974, and was once the seat of Labour stalwart, Peter Mandelson. 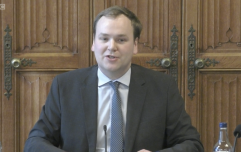 END_OF_DOCUMENT_TOKEN_TO_BE_REPLACED

However, the 2019 General Election saw many blocks in the Red Wall go blue - largely over Labour’s decision to campaign for a second referendum and the unpopularity of Jeremy Corbyn.

69.6% of voters in Hartlepool voted to leave the EU in 2016, and many felt betrayed by Labour’s failure to commit to honouring the result.

Labour's voter share in the seat fell by over 14 per cent in at the 2019 election, while the Brexit Party made major inroads.

What are people saying about it?

This is likely to be one of the biggest tests of Keir Starmer's leadership as Labour leader so far - and on whether or not voters in Hartlepool have forgiven Labour. 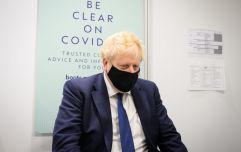 END_OF_DOCUMENT_TOKEN_TO_BE_REPLACED

The party have been desperate to separate themselves from the Corbyn and Remainer years, even developing the slogan "A New Leadership."

This by-election will be a litmus test on how successful Labour's attempt at rebranding has been.

It is also likely to be a test for the Conservative party on how deep their inroads into the Red Wall are, and how popular the culture wars they have drummed up have been in the North.

It will also serve as an assessment on the pandemic, and on whether or not voters in working class seats like Hartlepool feel the government are honouring their "level-up" agenda.

The Guardian reports a Labour Party insider said: “You don’t have to be a maths genius to work out it’s going to be tough for us.”

Meanwhile, Conservatives in the North are confident that they have a shot at grabbing the seat - with one saying their chances were "very good."

Another said: "We should win it."

The candidates running for the seat have not yet been chosen, but a leaked memo from Hartlepool Constituency Labour Party shows that Dr Paul Williams, NHS doctor and former MP for Stockton South, is being lined up.

His selection will be controversial, as he was a staunch advocate for a second referendum - and has already begun deleting old tweets on the issue.

This will be music to the Conservatives' ears, who are likely to use Labour's failure to honour the results of the 2016 referendum as a weapon against them during the election.

The by-election is likely to be on 6th May 2021, alongside the regional and mayoral elections. However, the date is not set in stone.