On Saturday 24 February, Jeremy Hunt graciously took to stage. He cleared his throat, delivered expected platitudes and accepted the award. The humanitarian award, at the World Patient Safety summit.

The event, which Hunt himself helped to organise, convenes annually. Its stated ambition is to achieve "ZERO preventable patient deaths by 2020" in hospitals.

Guests attending the conference were instructed to wear business attire and a single ticket cost as much as $10,000.

Congrats to @Jeremy_hunt, who today received the ‘Humanitarian Award’ from @joekiani at the World Patient Safety Summit for his global leadership on #patientsafety #nhs pic.twitter.com/kp0Xo4EfFT

Jeremy Hunt is a deserving candidate, then, when you consider his NHS track record. 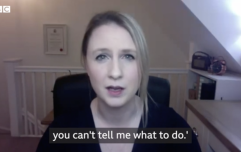 END_OF_DOCUMENT_TOKEN_TO_BE_REPLACED

That the head of the British Red Cross, Mike Adamson, declared the NHS in a state of "humanitarian crisis" after two patients died waiting on trolleys at Worcestershire Royal hospital last year.

That A & E waiting times have hit record levels.

This is fine. With a CV like that, Mr Hunt is evidently deserving of his humanitarian award.

A summit spokesperson said the awards are "given to those who have done the most recently in the area of patient safety."

“Since 2013, Jeremy Hunt has worked tirelessly to improve patient safety and develop a culture of openness and transparency in the National Health Service," said Joe Kiani, Founder and Chairman of the Patient Safety Movement Foundation.