He does have a glowing record tbf

Number 10 confirmed the news that Hunt had been appointed to the office.

The Queen has been pleased to approve the appointment of Rt Hon @Jeremy_Hunt as Secretary of State for Foreign and Commonwealth Affairs.

Previously the health secretary, his lengthy tenure in the department of health was marked by debates over cuts and funding. 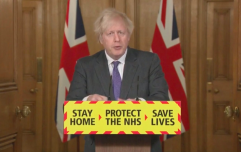 END_OF_DOCUMENT_TOKEN_TO_BE_REPLACED

Earlier this year Hunt was awarded a humanitarian award by a conference that he helped organise.

Shortly after Hunt left Downing Street, attorney general Jeremy Wright was seen entering the building. Wright has moved to Digital, Media and Sports to cover Matt Hancock's promotion to the department of health.

Johnson had resigned, saying the Brexit "dream is dying, suffocated by needless self-doubt."

His resignation came only a few hours before that of David Davis, as an exodus of the cabinet's most senior Brexiteers began. Davis' deputy, and sergeant-at-arms for backbench Conservative leavers, Steve Baker also resigned - as has Chris Green, permanent private secretary to the department of transport.