Gary Lineker has put a Tory MP in his place during a Twitter exchange.

Gary Streeter, the Conservative MP for South West Devon, said he hates social media "because it gives a voice to people who don't deserve it."

The exchange came about when Twitter user Christopher Langley asked Johnny Mercer, a Tory politician representing Plymouth Moor View, how he planned to vote in the review of public sector pay.

Pay for public sector workers, such as police officers, fire-fighters, teachers and nurses, has been frozen at one percent rises since 2010

@JohnnyMercerUK how will you be voting in the review of public sector pay? You can't fight for Better MH services without nurses to care!

Mercer responded, saying he wants to see the freeze lifted, but will not vote against the government.

I will persistently be a loud voice to remove public sector pay cap for frontline workers. But will not vote with this political game today. https://t.co/baW69KHZoo

"(I) hope you joined in the braying and laughter of your upper class Tory mates as they sent more Plymouth nurses to the food bank."

"This is why I hate social media. It gives voice to people who don't deserve one."

This is why i hate social media. It gives a voice to people who dont deserve one https://t.co/7DmVwa92ND 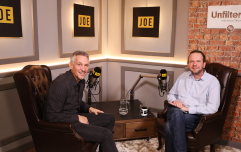 END_OF_DOCUMENT_TOKEN_TO_BE_REPLACED

Many people would say this is why they like social media, because everyone has have a voice.

If you disagree with something, you can choose to engage with it in a debate, or ignore it and get on with your day. The point is everyone gets their say and no single entity has a monopoly on opinion or information.

Streeter didn't clarify the exact criteria for how one would "deserve" an opinion, and didn't respond to this tweet from Lineker.

The former England and Barcelona striker, who is very active on Twitter, wrote:

"This is why I love social media. It gives a voice to people who deserve one."

This is why I love social media. It gives a voice to people who deserve one. https://t.co/WF3NBFPMHy

Much like Tory politician Crispin Blunt, who said "the electorate plainly have got it wrong" following the general election which led to a hung parliament, Streeter is seemingly uncomfortable with people expressing their views unless they agree with him.

Some of those right-wingers are real snow-flakes.