The Trump campaign had hoped to overhaul Biden's 22,500 lead in Wisconsin

Donald Trump paid three million dollars for recounts in Wisconsin that only led to further Biden votes being discovered.

Ever since Biden was announced winner of the 2020 Presidential election on November 7th, the Trump campaign has doubted the legitimacy of the result.

Despite no credible evidence in their case, Trump and his closest allies have agitated for recounts in numerous US states. However, the partial recount still ongoing in Wisconsin has so far bagged further votes for Joe Biden.

In Milwaukee County, a recount was completed on Friday. 450,000 votes were originally cast in the county, and the recount led to Biden gaining a further 132 votes.

There has also been a recount in Dane County, Wisconsin that is believed to be 65 percent complete. The second-most populous county in the state, the Associated Press (AP) claim that Trump has gained 68 votes there.

That's not quite enough to wrestle the presidency back from Biden, however.

Biden has a lead over Trump of the same margin by which Barack Obama defeated Mitt Romney in 2008. (Photo: Getty) 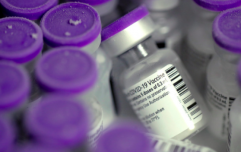 END_OF_DOCUMENT_TOKEN_TO_BE_REPLACED

The Trump campaign have long alleged that the absentee ballot system was corrupt. Trump's supports have argued that votes were cast illegally or completely fabricated altogether. However, no evidence has been uncovered to support these claims.

Donald Trump paid $3 million towards the two recounts in Wisconsin, having initially lost to Biden by thousands of votes in the state.

Speaking to Forbes.com, Biden spokesperson Mike Gwin said: "Once more, Donald Trump's debunked claims of widespread voter fraud utterly fail to withstand scrutiny - just like they haven't held up in court in the over 35 cases they've lost since Election Day."

Biden's overall lead across the United States now sits at 6.2 million votes. Percentage-wise, he has won 51.1% of the popular vote, compared to Trump's 47.2%.

Trump campaign spokesperson Kayleigh McEnany recently had her press conference taken off air by Fox News for spouting unsubstantiated claims that the presidential election was rigged.