Literally everything is on the table

Theresa May is set to see her withdrawal agreement for leaving the European Union rejected for a third time in the coming days and reports suggest a major set of votes is being planned to find a solution to Brexit. 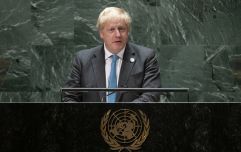 END_OF_DOCUMENT_TOKEN_TO_BE_REPLACED

After agreeing to a short extension to Article 50 negotiations on Thursday - to April 22 - the prime minister was told by EU leaders she will have to pass the withdrawal deal to earn a further delay to May 22.

It is still not expected that MPs will accept the deal and Sky News report on ministers openly discussing seven parliamentary votes on what to do next.

These indicative votes would, in theory, show to the country a path forward that the House of Commons can agree on, having so far continuously rejected pretty much every notion on the matter.

The report quotes a minister as saying Downing Street is in "panic mode" over where to go next despite securing two dates for extensions to negotiations, even if they were constrained by the upcoming EU elections on May 23.