She claims that Harry told her he wanted to marry her

An Indian lawyer who was tricked into thinking Prince Harry had proposed to her has taken him to court. Palwinder Kaur claimed in a petition filed at the Punjab and Haryana High Court that she had been speaking to "Prince Harry Middleton" over social media. After having been in contact for a while he apparently said that he wanted to marry her. 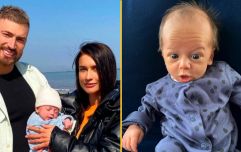 END_OF_DOCUMENT_TOKEN_TO_BE_REPLACED

The petition stated: 'Prayer is this petition filed by the petitioner, who is an advocate is appearing in person, is to take legal action against Prince Harry Middleton son of Prince Charles Middleton resident of the United Kingdom and to direct the United Kingdom Police Cell to take action against him, as, despite a promise to marry the petitioner, the said promise has not been fulfilled.'

However, under questioning by the judge Mr Justice Arvind Singh Sangwan, Kaur admitted that she had never been to Britain or met the prince in person, and that all of their contact had been over email and social media.

Unsurprisingly the court rejected the case, concluding that it was not proven that she had been speaking to Harry, and warning her of the dangers of catfishing.

The Court observed that it was “nothing but a day-dreamer’s fantasy about marrying #PrinceHarry”. It also noted that the petition was poorly drafted and mentioned emails which allegedly been sent by the Prince wherein he stated that he promised to marry the Petitioner soon. pic.twitter.com/lfh9bGO8Bp

The woman had even requested that India authorities issue an international arrest warrant against poor Harry, so that he could be apprehended and brought to to India to carry out his promise of marriage "without further delay."

Apparently she had initially written to Prince Charles, telling him that his son was engaged to her and was not honouring his promise of marriage. Spoiler: she didn't hear anything back from the Prince of Wales. 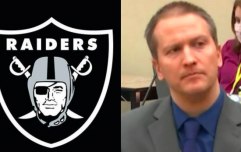 END_OF_DOCUMENT_TOKEN_TO_BE_REPLACED

Bringing the case to court was therefore the only option left for Kaur.

Whilst the court rejected the application, they were sympathetic to the woman as well. The court informed her about the dangers of catfishing and pointed out that many fake profiles exist on social media, probably in an attempt to stop her returning in a few months with a petition to bring a Mr Clooney and Mr Beckham to court for not fulfilling marriage promises.

popular
New Zealand weightlifter set to make history as first trans athlete at the Olympics
Alan Carr's new show hit with Ofcom complaints because there were no white players
Spanish press target Eden Hazard for his reaction to Champions League defeat
Dad reported to police for walking with young daughter 'clears his name'
Family of murdered PCSO ask ‘where’s the huge outrage’ one week on from her death
There's no proof trans girls perform better in sport than cisgender girls, says doctor
Ole Gunnar Solskjaer "unhappy" with Gary Neville over anti-Glazer backlash
You may also like
Social Media
Cleaner leaves powerful note to her 'awful' manager on day of retirement
Life
Former homeless man reunites with Greggs manager who bought him breakfast every morning
Comedy
People now can't agree on the correct name for the TV remote
Life
Missing dog returned to owner after 290 days in emotional reunion
Sport
Fans react as Mourinho is sacked by Spurs hours after ESL announcement
Next Page