A horrifying video shows the inside of what might just be Britain's filthiest home. 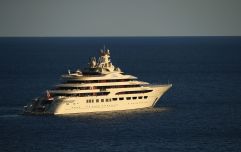 Italy captures over £118m in yachts and properties from Russian oligarchs

END_OF_DOCUMENT_TOKEN_TO_BE_REPLACED

The three-bed semi-detached property in Plymouth is so full of rubbish it is expected to take a team of six an entire week to clear.

Not only is it piled high with bags of rubbish, but there are piles of human hair and bottles of urine at the property and the walls are covered in mould.

It is being sold at auction later this month with a guide price of £110k - 70k less than other similar homes in the area. 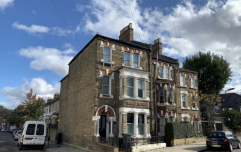 London's tiniest microflat sells for 80% above the asking price

END_OF_DOCUMENT_TOKEN_TO_BE_REPLACED

And to the relief of potential purchases, it is being cleared before the exchange.

Pictures and video from the house show a collection of two-litre bottles stacked in the corner of the living room filled with pee, a sea of unrecycled old milk bottles in the kitchen, and a toilet that might never have been cleaned.

One member of the public who was invited inside the house said you couldn't move for the waste and described the house as a "toxic wasteland".

Auction House, which is marketing the property, said it was so bad they hadn't even been able to access some of the rooms yet.

Nonetheless, a spokesperson still tried to sell its best features: "The property has generous sized accommodation, however, is in need of renovation throughout. 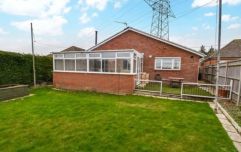 END_OF_DOCUMENT_TOKEN_TO_BE_REPLACED

"Due to the current condition of the property we have been unable to access all rooms and further details will be added in due course."

The Devon home is currently obscured by ivy and greenery owing to the lack of any gardening done, and the pathway to the front door is obstructed by a wall of nettles and vines.

As you enter the home, the floor is covered in a blanket of rubbish that goes all the way up the stairs including old newspapers, bottles, bags, and cans.

The kitchen, towards the rear of the property, is also in a shocking state with the floor covered by rubbish from milk bottles and egg cartons to pizza boxes.

The fridge remains fully stocked but totally rotten - much like several areas of the walls that have collapsed due to damage or fallen away from rot.

The toilet basin is covered in thick layers of grime like something out of the middle ages.

Witnesses said all rooms were a tip bar one - with the only habitable room being one solitary bedroom.

One said: "It was horrible to think anyone lived like that. It was really grim. There was rubbish everywhere - including a large pile of human hair."

The property, once apparently owned by an elderly couple who have since passed away, is thought to be owned by their son - who seemingly became overwhelmed by keeping it clean and allowed it to collapse into a state of decay.

The son has since disappeared, with his whereabouts remaining unknown and the home being considered abandoned by Plymouth City Council.

The new owners have been warned they will still have their work cut out but will receive the property in a clean state with an army of cleaners set to descend on the home.

The property will be sold at auction via live stream on November 18 by Auction House Devon & Cornwall.

People with ginger hair are 'better in bed', study finds

popular
Amber Heard says her sister taught Johnny Depp to snort cocaine with a tampon
Lip readers analyse what Johnny Depp’s lawyer told him as they celebrated in court
Wagatha Christie: Wayne Rooney describes 'awkward' moment he asked Jamie Vardy to get his wife to 'calm down'
Julia Fox says Amber Heard was not 'powerful enough' to abuse Johnny Depp - and people are divided
Martin Skrtel retires from football due to health reasons
Amber Heard carried a make-up kit 'at all times' to cover bruises, court hears
Megan Fox reveals she 'cut a hole in the crotch' of her jumpsuit to have sex with Machine Gun Kelly
You may also like
News
Kirstie Allsopp says young people can buy a house if they just give up gym and Netflix
Life
Hauntings increase the value of your house by 18%, study reveals
Life
Landlord, 22, says young have 'no excuse' for not owning a home
News
Builder destroys £475,000 home after 'owner refused to pay £3,500 bill'
News
Five houses must be torn down after they were built a third bigger than planned
Next Page