The all-time temperature record for the UK is 38.7C set at Cambridge University on 25 July 2019

Four weeks of scorching hot weather with highs of up to 35C have been predicted, according to reports.

END_OF_DOCUMENT_TOKEN_TO_BE_REPLACED

Temperatures are expected to nudge 30C this week, before rising further throughout the month.

The news comes after the Met Office last month issued a three-day heart alert as the mercury reached the thirties.

The Weather Outlook's Brian Gaze told the Daily Star: “The mid-30s are expected, but 35C or higher would not be a surprise (this month). 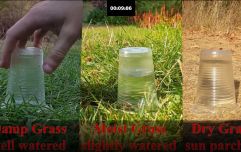 END_OF_DOCUMENT_TOKEN_TO_BE_REPLACED

Highs of 24C are expected Tuesday, with 25C on Wednesday and 28C Friday.

The all-time temperature record for the UK is 38.7C, set at Cambridge University on 25 July 2019.

The hot weather is perfectly timed for the summer holidays with most schools in England and Wales ringing the bell on July 22.

END_OF_DOCUMENT_TOKEN_TO_BE_REPLACED

While Weather Outlook forecaster Brian Gaze told The Sun he wouldn’t be surprised if the UK got to 35C by then, the Met Office cooled those predictions, suggesting 30C was more likely.

“At the moment long-range computer models are suggesting an increased likelihood of very warm conditions during the last third of July," Gaze said.

“With parts of southern Europe experiencing extreme heat during the early part of the summer there is the potential for the UK to import some of that if the pressure blocks across Europe and the North Atlantic fall into the right places.

“Temperatures in the UK reached 32.7C earlier this month and typically the hottest weather of the summer comes in July or August."

Gaze added that in recent years periods of extreme heat had become more common in the UK. For context he told the newspaper that the "hottest day in the entire decade of the 1980s was 34.4C".

popular
Incredible case of the only known individual whose parents were two different species
Multiple fatalities after planes collide mid-air over airport
Andrew Tate banned from Instagram and Facebook
Court hears cringeworthy poems Ryan Giggs wrote to his ex
The JOE Friday Pub Quiz: Week 308
Footage emerges of Andrew Tate getting knocked out during kickboxing bout
Rishi Sunak names his usual Maccies order - but it was withdrawn more than 2 years ago
You may also like
Politics
Senior Tories say a ‘Great Boris Canal’ can fix Britain’s water woes
News
Heatwave to bring potential mid-30s temperatures this week in 'unusually dry' August
Life
Hosepipe ban to be imposed on millions more homes in England after driest July on record
News
Scorching highs of 29C to return this weekend as temperature ramps up
Weather
Naked couple filmed having rooftop sex during record heatwave
Next Page