The Tiger Who Came To Tea 'could lead to rape and harassment', campaigner claims

"It is reflective of a society that we need to think more closely about."

A campaigner has suggested that The Tiger Who Came To Tea, one of the most popular children's books of all time, reinforces gender inequality, describing the book as "problematic." 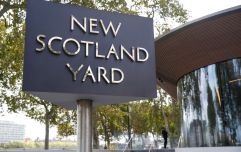 END_OF_DOCUMENT_TOKEN_TO_BE_REPLACED

Rachel Adamson, from Zero Tolerance, a charity that works to end men's violence against women, said that the classic children's book portrayed women and family dynamics in an "old fashioned" style.

The Tiger Who Came To Tea tells the story of an uninvited tiger who joins a young girl and her mother for tea, eating all the food in the house and drinking everything before leaving.

Whilst Adamson did not call for the book to be outright banned, she did say it could be used to "raise a conversation" in nurseries.

The campaigner continued: "We need to recognise these aren't just stories…

"I know this will make a lot of people unhappy, but one of the books is The Tiger Who Came to Tea... Judith Kerr is a wonderful author.

"However, it is reflective of a society that we need to think more closely about." 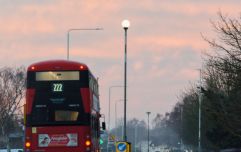 END_OF_DOCUMENT_TOKEN_TO_BE_REPLACED

She questioned why the tiger was not female or gender neutral, and highlighted the "old fashioned, stereotypical" ending in which the father comes home from work and "saves the day" by taking his family to a cafe.

In response, a spokesperson for the Scottish Conservatives said that parents would be "bemused" by the claims. 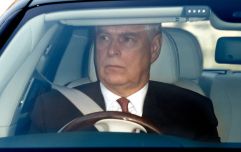 END_OF_DOCUMENT_TOKEN_TO_BE_REPLACED

Meghan Gallacher, the Scottish Conservatives' spokesperson for children and young people, told The Daily Telegraph: "While attitudes understandably change over time, parents will be left bemused at some of these claims by Zero Tolerance.

"This sort of language is completely unhelpful as we try to educate children about much-loved publications from days gone by.

"There are far better ways for this publicly funded group to go about changing attitudes, rather than simply calling for these books to be banned from nurseries."

On Monday, Zero Tolerance published their findings of a "gender and diversity audit" of more than 3,000 books in 21 Scottish nurseries. Only three of the nurseries were found to have a majority of books that don't promote "gender stereotyping and/or other forms of inequality."

The charity found that just five per cent of nursery books "portrayed male and/or female characters in non-stereotypical roles."