Sun editor would 'rather go to jail' than name Hancock whistleblower

The editor of The Sun, Victoria Newton, has said she would 'rather go to jail' than reveal the person who blew the whistle on Matt Hancock's affair

The Sun's editor-in-chief, Victoria Newton, today told BBC Radio 4’s Media Show that she’d "rather go to jail" than ever reveal the name of the whistleblower who gave the tabloid newspaper the scoop on Matt Hancock. 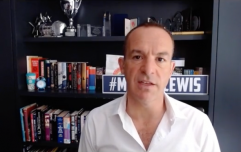 END_OF_DOCUMENT_TOKEN_TO_BE_REPLACED

In case you have been living under a rock, the former Health Secretary resigned not after numerous failings or unlawful acts committed while in post, but because he was caught on camera having an affair with his long-time university friend and close personal aide, Gina Coladangelo.

END_OF_DOCUMENT_TOKEN_TO_BE_REPLACED

She said: “We were contacted by a whistleblower who said he had information about Mr Hancock having an illicit affair with an aide and the whistleblower was outraged at his behaviour".

Newton went on to say that “There’s parts of that I can’t tell you why, but the hypocrisy he felt he was seeing was that this is a man who’d been on national TV, stared down the barrel of the TV lens and said ‘you must stay at home, protect lives, protect the NHS’ and we’d had 18 months of social distancing rules that he himself was not following."

It was at this point that the whistleblower decided to reach out to the paper.

Presenter, Amol Rajan, then asked what steps the paper took to protect the source and whether he was warned about the possible repercussions of leaking it. She answered, “Yeah of course, we would always do that, we would never reveal a source. I’ve done everything I can to protect that person and you know I’d rather go to jail than hand the name over.”

END_OF_DOCUMENT_TOKEN_TO_BE_REPLACED

So far, neither the police nor intelligence services have contacted The Sun over how they acquired the footage, Ms Newton said: “No, not yet… I’m perfectly happy with how we conducted the story, how we ran it, and we consulted top lawyers before we went ahead with publication.”

She was then asked whether the newspaper paid for the story, to which she responded: “I’m not going to get into that, I need to protect the whistleblower.” It is thought by some Whitehall insiders that the CCTV camera was deliberately moved to catch Hancock in the act.

Ms Newton described her initial reaction as being one of disbelief, stating that “My first thought when this information came in was, ‘My goodness can this be real, can he really be doing that three o’clock in the afternoon?’ I literally couldn’t believe it.” Oh yes, because it's the time of the day that's scandalous - some people are doing the school run, Matthew!

She went on to add that, “Obviously, once we had seen the footage for ourselves we were careful to match up images of Matt and Gina together on their day to day working lives and to really make sure that it was definitely her.

“I mean it was 100 per cent Matt Hancock, as soon as I saw that I knew that and as soon as you watched the video his mannerisms, everything, there was no doubt. But then of course we went through all the legal procedures to make sure we were in a good position to run the story.”

Hancock and Coladangelo are now believed to be starting a new life following the news, with Hancock understood to have told his wife and child that he was leaving the night before the story broke.

When asked if she had pause for thought running footage from a private office, she said: “Well privacy is always going to be an issue, but the overwhelming public interest was just so blindingly obvious from the start". No surprises there.

In fairness, beyond public interest, clicks and paper sales, she did go on to note "not just the hypocrisy of the social distancing but the massive question it threw up [...] ‘Was he in a relationship with this woman when he hired her?’"

Hancock has obviously not answered this publicly as yet, though it is know the two had "obvious chemistry" according to a close friend, and Deputy Labour Leader Angela Rayner has now called for the documents over her employment to be released for public scrutiny.

As well as speaking to Radio 4, Netwon also revealed in a pice for the New Statesman that she made the call to Hancock herself the day before publication to ask him for comment.

She said: “I told him we had the story and that I was running it because the public interest was so strong”. She added that she expected “much would be dictated” by his reaction but didn’t reveal any more about the conversation. We hardly imagine it was an amicable conversation.

popular
Tourist dies after losing arm and leg in shark attack at popular resort
Jordan Peterson suspended from Twitter over Elliot Page comment - says he won't apologise
Stranger Things: Spotify will choose which song would save you from Vecna
Adele fans have 'mad respect' for her after she stopped her Hyde Park gig to help someone in distress
Threesome sees 60-person brawl break out on cruise ship, says passenger
Tottenham fans will love Richarlison's Arsenal Instagram message after transfer
Gary Neville claims Mohamed Salah has 'played Liverpool' with new deal
You may also like
Entertainment
Gogglebox star Mary faces calls to be removed from show over Boris Johnson comments
News
Local elections 2022: Conservative councillors blame Boris Johnson for election losses
News
Over half of voters would choose Keir Starmer over Boris Johnson, new poll shows
News
Priti Patel and Home Office facing legal action over Rwanda plans
Life
Train ticket prices to be slashed by half in weeks as Government address cost of living crisis
Next Page