Matt Hancock refuses to apologise for acting unlawfully, says he would do it again

"To apologise would imply that I’d do something differently."

Watching Matt Hancock on Good Morning Britain, it's easy to see why he refused to go on the show for so long. Every time he does, he makes a dog's dinner of it. 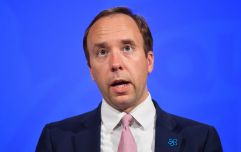 END_OF_DOCUMENT_TOKEN_TO_BE_REPLACED

On Tuesday morning, the health secretary displayed a staggering misreading of the public mood. First, he said his team should be thanked just days after a judge ruled he had acted unlawfully in the late publication of crucial details of Covid-19 contracts handed out to PPE companies.

Then he also refused to apologise after the ruling, saying that apologising would imply he might do something differently in hindsight.

Marmite news anchor Piers Morgan said: "You haven't apologised for unlawful conduct, which seems an extraordinary position for a cabinet minister to take. Why haven't you?"

"I won't apologise, because to apologise would imply I would do something differently," Hancock responded. 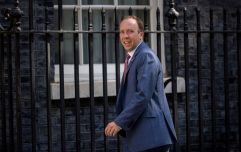 END_OF_DOCUMENT_TOKEN_TO_BE_REPLACED

"Given the choices we were faced with, in April and May, when there were very, very serious problems with access to PPE and some people were going without, the team were working so hard. To have taken some of the team off that life saving work in order to complete the paperwork on time instead of just over a fortnight late, that would have been wrong."

‘I won’t apologise because to apologise would imply that I’d do something differently.’

Health Sec Matt Hancock tells @piersmorgan and @susannareid100 he wouldn’t have done anything differently back at the start of the pandemic despite being found guilty of unlawful conduct. pic.twitter.com/dG208YMmN9

Morgan responded by saying he understood, but made the perfectly reasonable point that "it seems a strange situation, where a cabinet minister representing a government is found guilty of unlawful conduct, but sees there's nothing to apologise for."

END_OF_DOCUMENT_TOKEN_TO_BE_REPLACED

"Surely, if you've broken the law, you should just say, 'Look, I'm sorry I broke the law.' But you seem determined not to do that."

Hancock replied by doubling down, saying: "The reason is if I was given the time again and given the choice between doing work that saved lives or filing the paperwork at exactly the right dates, I would have done the same. And so would you, Piers."

To what extent the British public will buy this reasoning, as if he couldn't have acquired the necessary PPE (which took way too long) while also complying with transparency principles, remains to be seen. I look forward to Hancock's next public embarrassment on GMB, which is surely only a few days away.