The hearts of Manchester and Ariana Grande will forever be entwined.

After the horrific events on 22 May, Ariana Grande could easily have gone home, hid herself away and dealt with the enormous trauma and pressure that she no doubt felt, and no one could have blamed her. 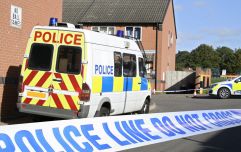 END_OF_DOCUMENT_TOKEN_TO_BE_REPLACED

Instead, she organised a enormous benefit concert, One Love Manchester, less than two weeks after the terror attack that struck Manchester Arena. She visited victims in hospital, spending time with them and comforting them. She donated her time and effort to raise more than £2 million to help those affected by the attack.

Ariana Grande conducted herself with the kind of grace and poise, the kind of compassion and composure, that even saints bow to. She has been an extraordinary pillar of strength, and the City of Manchester has chosen to honour Ariana for her conduct. 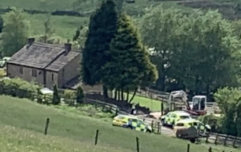 END_OF_DOCUMENT_TOKEN_TO_BE_REPLACED

Council leader Sir Richard Leese put forward the motion, describing Grande as “a young American woman for whom it would have been understandable if she never wanted to see this place again.

"But no - instead she, as an artist, a performer, was determined that she would not perform again until she had returned to Manchester to perform.

"In doing so, she brought comfort to thousands, she raised millions for the We Love Manchester Emergency Fund and became the first patron of that fund. And that’s why I propose that Ariana Grande is made the first honorary citizen of the city of Manchester."

After the chorus of ayes rang out through the chamber, Manchester's world famous Halle String Quartet performed a rendition of Don't Look Back in Anger, the Oasis classic that has come into a new life as a song of love and resistance.

The Halle String Quartet played Don't Look Back in Anger after cllrs voted to make Ariana Grande an honorary citizen of Manchester pic.twitter.com/Dyc9Zz5QDU

The 24-year-old singer is the first to be made an honorary citizen of Manchester, but at present there are no plans to hold a ceremony bestowing the honour upon Ariana.

popular
East London nightclub deaths: At least 22 people found dead in South African 'tavern'
Glastonbury: Watch the incredible moment Olivia Rodrigo and Lily Allen dedicate 'F*** You' to US Supreme Court
'Dinosaur lady' wins internet with baffling Question Time remark on rail strikes
Roy Keane booed as he appears on big screen in front of 50,000 fans
The JOE Friday Pub Quiz: Week 300 - the Triple Century
Derby County to exit administration after bid for club is accepted
Thibaut Courtois gets 'brick wall' tattoo to celebrate Champions League Final heroics
You may also like
News
Best place to live in UK has been announced - and the results will surprise you
News
UK’s first ever all-season beach to open inside £250 million waterpark with 35 slides
News
Mum ‘eaten by guilt’ after toddler drops out of window in Mother’s Day horror
Life
Dad who went to doctors when water spurted from nose told he had months to live
Food
UK's first drive-thru kebab shop is coming soon
Next Page