Speed limiting technology looks set to be fitted on all new vehicles sold in Europe from 2022, after new rules were provisionally agreed by the European Union. According to The Department for Transport, the system would also apply in the UK, despite Brexit.

The ruling means that all new cars will be fitted with devices to restrict them to the speed limit. Intelligent speed assistance (ISA) is just one of the new safety measures that will become mandatory in European vehicles after the European Commission also approved advanced emergency braking and lane-keeping technology.

Road safety charity Brake described it as a “landmark day for road safety”, but the AA said the “best speed limiter is the driver’s right foot” and "a little speed" helped with overtaking or merging onto motorways. 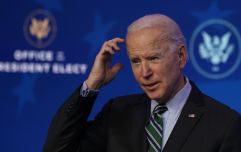 END_OF_DOCUMENT_TOKEN_TO_BE_REPLACED

“With the new advanced safety features that will become mandatory, we can have the same kind of impact as when safety belts were first introduced" she added

“Many of the new features already exist, in particular in high–end vehicles. Now we raise the safety level across the board, and pave the way for connected and automated mobility of the future.”

With the ISA installed, cars receive information via GPS satellite and a digital map, which will send speed limits to the car. It can also be combined with a video camera capable of reading road signs. Car manufacturers Ford, Mercedes-Benz, Peugeot-Citroen, Renault and Volvo already have models available with some of the ISA technology fitted but there are concerns over whether the current technology is sophisticated enough.

The Vehicle Certification Agency has previously stated that the UK would continue to align with EU rules on vehicle standards even after Brexit, saying it aimed to “pursue mutual recognition of UK and EU type-approval certification”.